This year on the first place is Spanish CEO Carlos Cosin of Almar Water Solutions.

Water & Wastewater International published its Top 25 Global Water Leaders on 10 January. According to the magazine it lists the best of the best, global thought leaders in the water and waste water industries.

This year the focus is on active leaders whom are driving companies forward into the digital water age with a focus on innovation.

Three Dutch entries
All three Dutch entries are new comers on the list. Last year’s list had two Dutchman in the Top 3: René Noppeney of Royal HaskoningDHV on the first place and Mark van Loosdrecht of TU Delft on the third place. Both did not make this year’s list.

See below the winner and the three Dutch entries and their descriptions as given by Water & Wastewater International. 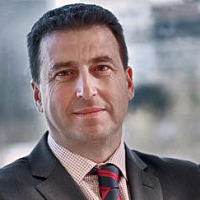 A known figure in the international desalination community, Carlos Cosín has re-emerged with vigour from Abengoa Water to lead Almar Water Solutions.

After working at Abengoa Water for over 10 years, finishing as chairman and CEO, Carlos Cosín has launched Almar Water Solutions to tap into the renewable powered desalination market. 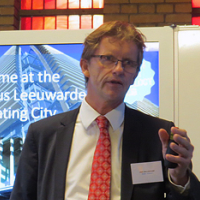 Hein Molenkamp has helped to position the Water Alliance, based at WaterCampus Leeuwarden, as one of the leading global water clusters, bringing together public and private companies, government agencies and knowledge institutes to help new businesses develop into the international water market.

In 2017 Molenkamp was instrumental behind a partnership with the French water cluster, Pole Eau from Montpellier, to explore collaboration between the Dutch and French water markets. He also helped to sign cooperation’s with water clusters in Daegu, South Korea, the Water Council in Milwaukee and others in the US and Canada. 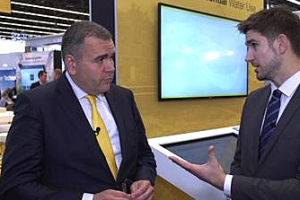 This year Holterman led Nuijhuis Industries to win the biggest project in its history to deliver a turnkey wastewater treatment plant for the South Port Said Industrial Zone in Egypt. Before Nijhuis, Holterman was CEO of Norit Clean Process Technologies, leading the company to be acquired by Pentair in 2011.

Before working at Heineken between 1995-1998, he obtained a Masters degree in naval architecture & marine technology at the Delft University of Technology. He is also one of the initiators of the Amsterdam International Water Week. 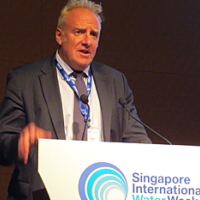 Jonathan Clement has helped position PWNT as a driver of ceramic membrane filtration for municipal applications. This includes the opening of the Andijk III plant in the Netherlands, and securing the 180,000 m3/day water treatment plant for PUB at Choa Chu Kang Waterworks (CCKWW) in Singapore.

Upon completion in 2018, the plant at CCKWW will be one of the largest ceramic membrane plants for drinking water treatment in the world. He is also securing the £60 million Mayflower water treatment works for English utility South West Water (operational in 2018) after a trial and pilot studies in Singapore, the United States, Sweden, Australia and Scotland.

The full Top 25 and the interview with the winner is published on the website of Water & Wastewater International.