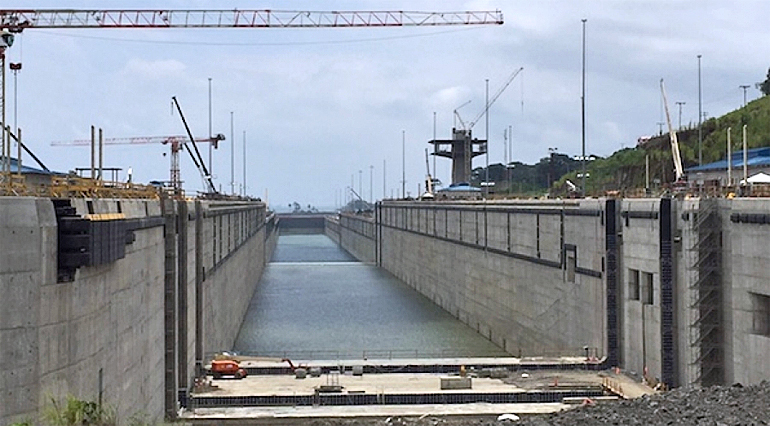 The Panama Canal Authority (ACP) has commissioned consultancy firm Antea Group to produce a plan for the commercial development of an area of 1,200 has located in the West Bank at the Pacific side of the Panama Canal.

ACP is an autonomous government entity in charge of the operation, administration, maintenance and modernization of the waterway.

By late July the overall expansion program of the Panama Canal stood at 94 percent complete. Recently water was let into the new locks on the Pacific side (see top photo). 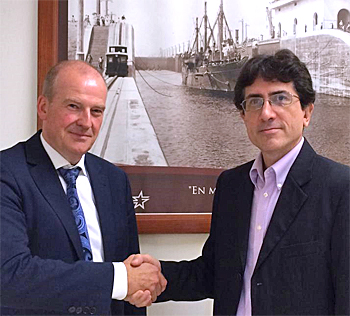 Additional cargo handling
When the Panama Canal Expansion is completed next year, the logistics cluster in Panama is expected to handle additional transshipment volumes, as well as new commodities like the liquefied natural gas (LNG).

In order to capitalize this, ACP is interested in developing a plan that identify potential projects and activities that maximize value for the canal’s core business and contribute to the sustainable economic development for the Republic of Panama’s logistics cluster.

The plan shall determine optimal commercial uses for the subject area, which maximize its land value, and provide a road map to develop it into a world-class economic area that exploits the comparative advantages of its strategic location at the Canal’s entrance.

Joined Dutch-Colombian staff
Antea Group was successful in winning a public tender in close cooperation with Stig and CroonenBuro5. Staff of Antea Group from the Netherlands as well as Colombia will be working on this project.

The project kick-off meeting was held on August 10 and the complete plan is scheduled to be delivered in March 2016.

About Antea Group
Antea Group is an international engineering and environmental consulting firm specializing in full-service solutions in the fields of environment, infrastructure, urban planning and water.

Antea Group is a subsidiary of Oranjewoud NV and a member of Inogen Environmental Alliance.

This news item was originally published on the website of Antea Group.