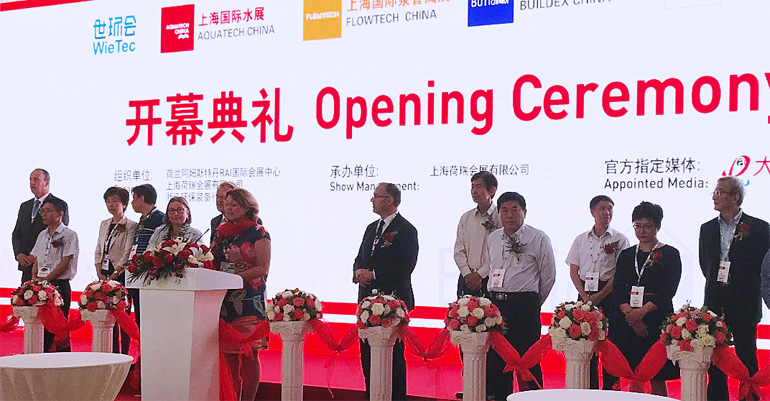 Mayor Aboutaleb of –resilient city- Rotterdam in the Netherlands and Annette Bos, Group Director Water at RAI Amsterdam, spoke at a crowded opening, followed by champagne and the traditional ribbon cutting.

Record-breaking
Over the years, Aquatech China has retained an incredibly high level of loyalty from Chinese as well as international visitors and exhibitors.

The show has grown year on year breaking its own records again in 2017 with over 1,900 exhibitors and an expected visitor audience of well over 70,000. 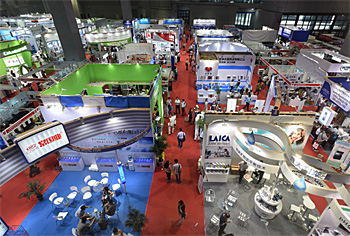 Green growth
In his speech Mr. Aboutaleb stated that it is all about green growth, about learning from experience, about collaborating and sharing knowledge. “Only then we can turn challenges into opportunities’’, he said.

“We are particularly proud to have set foot in China ten years ago and realized unexpected growth not only in numbers but also in appreciation as a must-attend business platform in a complex market.”

Chinese market entry
“Aquatech China started back in 2007 with 291 exhibitors, over 14,000 visitors and 15,000 square meters and these numbers were exceeding all expectations,” added Annette Bos, Show Director of Aquatech Global Events at RAI Amsterdam.

“We are extremely proud that for numerous international companies, Aquatech China was the stepping stone into this huge market and the beginning of many successful business stories in China.”