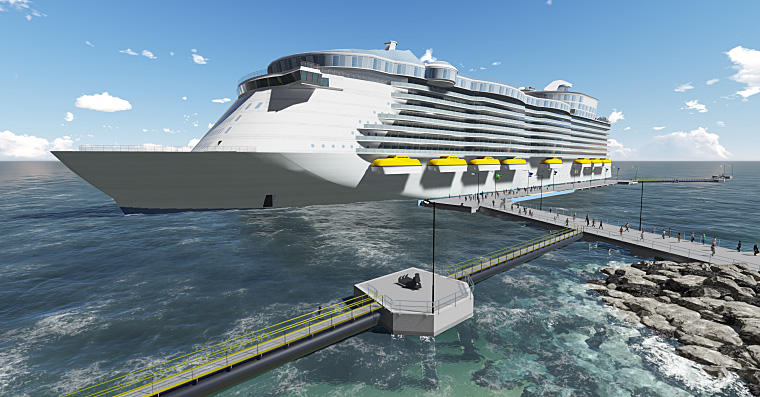 Specialist near-shore constructor BAM International has been appointed by the Curaçao Ports Authority to design and construct Mega Cruise Pier II in Curaçao.

The contract value by the amounts to 25 million euro and is part of the Rif Seaport Curaçao - Masterplan 2014-2016.

The work also includes a land reclamation protected by shore revetment as well as improvements to the existing Mega Cruise Pier I.

Sister company BAM Infraconsult is involved in the design of the new pier. 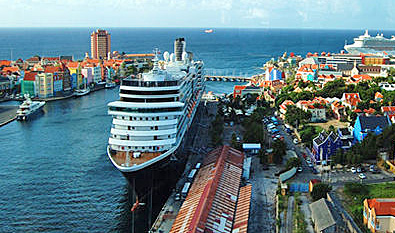 Existing pier for cruise ships in St. Anna bay (left) on the island of Curacao in the Carribean sea.

Next to existing pier
The new pier will be situated west of the entrance to St. Anna Bay and adjacent to Mega Cruise Pier I.

Pier II will be suitable for Oasis-class cruise vessels, currently the largest type of passenger ships.

In addition, the jetty will be used for berthing general cargo vessels, tankers and offshore service vessels.

BAM International expects to start design works immediately while work on site will commence in the second half of 2016. Completion of the project is expected in October 2017.

The Rif Seaport Curaçao’- Masterplan 2014-2016 by the Curaçao Ports Authority NV is create further growth of cruise tourism to Curaçao.