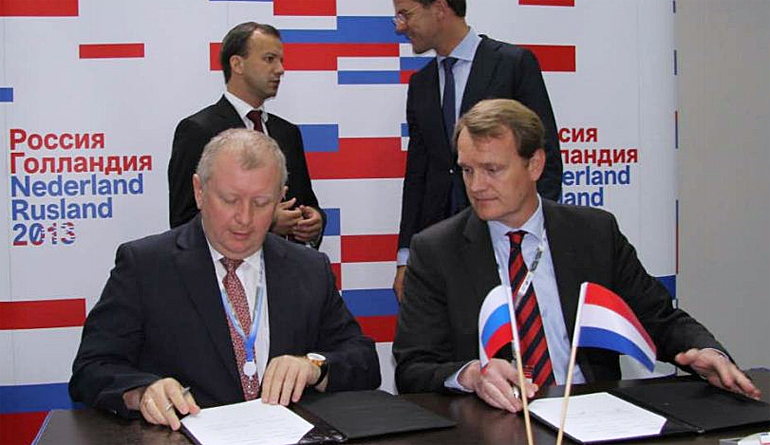 Dredging company Royal Boskalis Westminster announced the contract award for the construction of the Bronka Port in St Petersburg.

The contract was signed by Alexey Shukletsov of Fenix LLC (left)  and Mattijs Siebinga of Boskalis (right) at the St Petersburg International Economic Forum on 20 June in attendance of the Russian Deputy Prime Minister Arkady Dvorkovich (back left) and the Prime Minister of the Netherlands Mr. Mark Rutte (back right).

The contract value is approximately EUR 25 million and the project is expected to be completed in 2013. 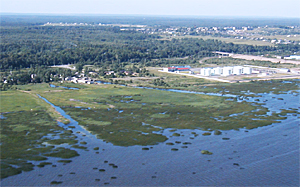 Current location for port of Bronka 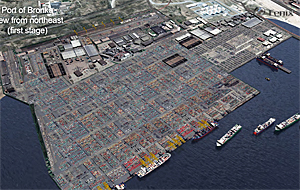 Impression of planned land reclamation and new port of Bronka

Land reclamation
The project involves the reclamation of land for the construction of the new port facility Bronka in St Petersburg. A total volume of up to 3 million cubic meters sand will be dredged and reclaimed using trailer suction hopper dredgers to create approximately 85 hectares of new terminal area.

New port of Bronka
The Marine Multipurpose Complex Bronka (MMPK Bronka) is being built on the southern shore of the Gulf of Finland, in the place where the flood protection dam and the ring road border the territory of Lomonosov.

With a versatile fleet of over 1,100 units it operates in around 75 countries across six continents. Including its share in partnerships, Boskalis has approximately 15,600 employees.

This news item is based on the press release published on the website of Boskalis.

Royal Boskalis Westminister was involved in the construction of the 25 km long St Petersburg storm surge barrier and the dredging of shipping passages in the Golf of Finland between 2006 and 2011.