Consortium with DIF selected as preferred bidder for 4.2 billion super-sewer in London, UK 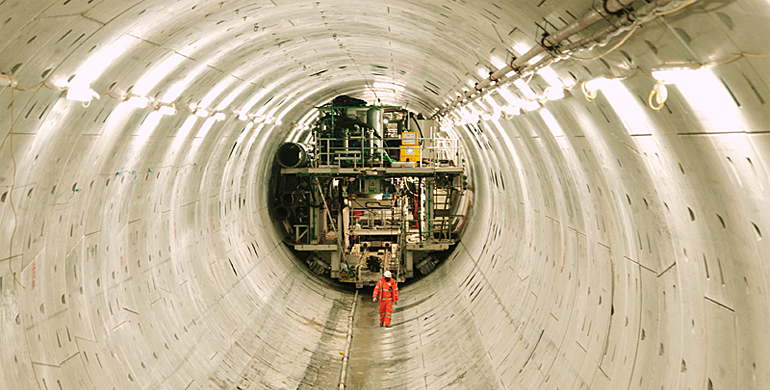 One of the partners in the consortium is Dutch Infrastructure Fund (DIF). Other participants are Allianz Capital Partners, Amber Infrastructure and Dalmore Capital.

Construction of the Thames Tideway Tunnel will fully commence in 2016 and will reach completion by 2023. 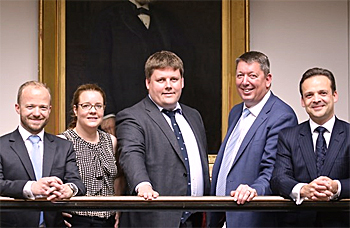 Representatives of the winning consortium with Andrew Freeman of DIF on the left.

Unique investment opportunity
DIF announced to be pleased that its consortium has been selected preferred bidder.

Regarding to the investor the Thames Tideway Tunnel project is a unique UK infrastructure investment opportunity.

According to DIF the project will benefit from a bespoke regulatory framework and construction risk is mitigated through incentive arrangements under the construction contracts and project arrangements, as well as a government support package.

Once fully operational, Ofwat will regulate the Thames Tideway Tunnel project in line with other UK water and sewerage company’s regulatory cycles. 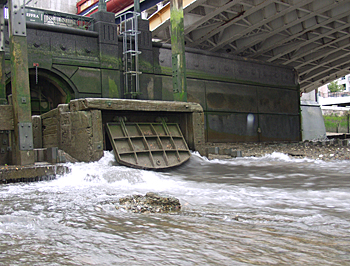 Controlling many sewer overflows
The Thames Tideway Tunnel is to tackle the discharge of untreated sewage into the tidal river Thames and to significantly increase the capacity in the sewerage network in the British capital city.

The 25 km long tunnel will largely follow the course of the river and will connect up to the 34 most polluting sewer overflows. The final part, the Lee tunnel, is already being excavated (see top photo). The shaft has a diameter of 7.2 m and ends up 75 m under the ground.

The complete Thames Tideway Tunnel is to stem the 39 million tonnes of untreated sewage that overflow into the Thames in a typical year from the capital’s overstretched, Victorian sewerage network. 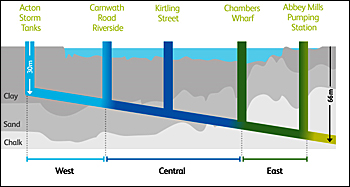 The tunnel starts at 30 m deep west of London and ends up 66 m deep at Abby Mills pumping station.

The consortium is advised by Royal Bank of Canada and Evercore (financial) and Herbert Smith Freehills (legal).

This news item was originally published on the website of DIF.