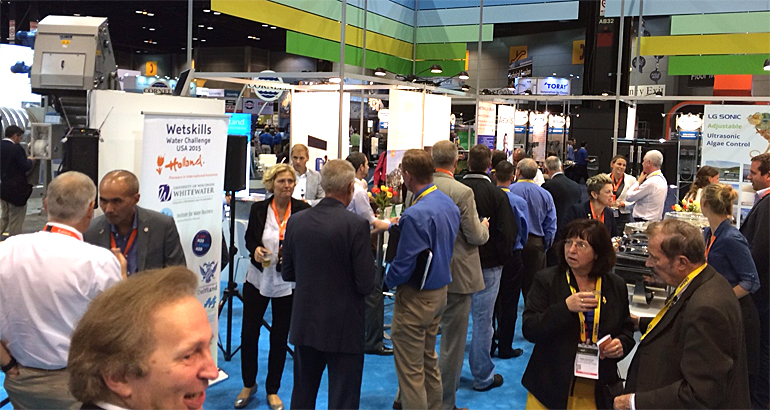 This year's theme of the Weftec trade show in Chicago, USA, was One world, one water, one goal. The slogan of the Dutch water sector is Let's work together.

So it was hardly a surprise that the Netherlands business pavilion hosted several meetings between the US and Dutch water technology sectors to share new business ideas. 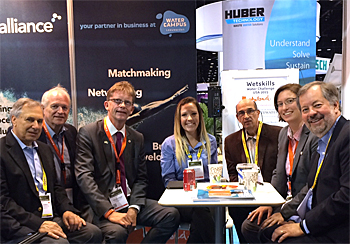 Meeting by Water Alliance with director Hein Molenkamp (third from left) and The Water Council with president Dean Amhaus (right).

Dutch and US water technology hubs
One of the meetings at the pavilion was by the Milwaukee-based Water Council and the Leeuwarden-based Water Alliance.

Both organisations represent water technology hubs in the US and the Netherlands that support companies to bring innovative products to the global water market.

CEO and president Dean Amhaus of The Water Council and managing director Hein Molenkamp confirmed their meeting at the Dutch pavilion had been very vivid.

"What started as a friendly conversation", stated Hein Molenkamp, "quickly grew into a sheer cacophony of ideas and inspirations shared by American and Dutch friends". 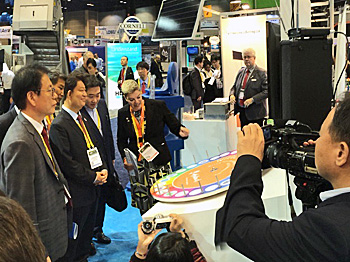 
Invitation to come to Water Campus
According to Hein Molenkamp the cooperation with The Water Council has already proven to be very fruitful to Dutch-based Berghof Membrane Technology.

This membrane supply company is a member of the Water Alliance and is now in business with Symphonic Water Solutions from Wisconsin. As a result of this cooperation three membrane bioreactor installations have been delivered to the local US dairy industry.

One of the outcomes of the meeting at the Dutch pavilion was an invitation for a delegation of The Water Council to attend the Amsterdam International Water Week and Aquatech trade fair early November.

The delegation was offered a bus tour to the Water Campus in Leeuwarden, where the Water Alliance has its office. 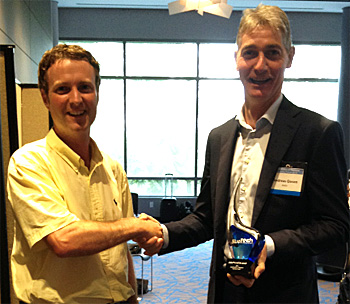 Giesen pointed out that over 25 Nereda facilities have been built worldwide, and the technology has a lot of potential in the US market, particularly in retrofitting existing infrastructure to increase capacity.

On the occasion of the presentations of the showcases at the Innovation Showcase pavilion, Andres Giesen was present the Distupt-o-meter Award by organizer BlueTech.