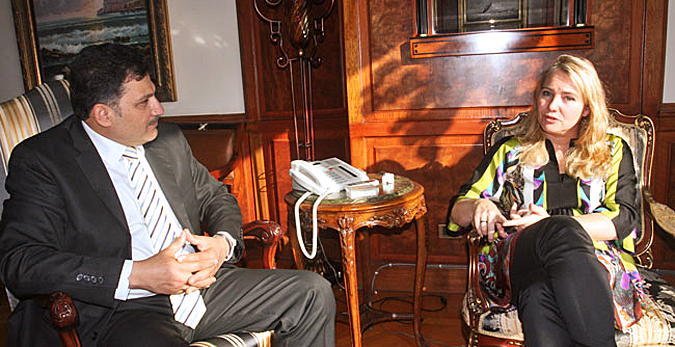 Egypt and the Netherlands signed a Memorandum of Understanding to expand their current cooperation on water management. Over the next five years the two countries will initiate new cooperation on the issues of water resource management and protection of Egypt's northern coast.

Egypt and the Netherlands have a longstanding relation on water management of 38 years. 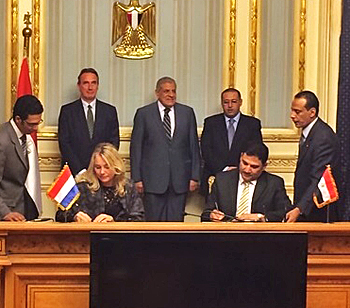 Major challenges
"I am impressed by the challenges that Egypt faces. Providing more than 80 million people daily with clean drinking water is a huge job, like managing a coastline of 1000 kilometers", said Dutch minister Schultz van Hagen on the occasion of the signing of the Memorandum of Understanding (MoU) with her Egyptian counterpart minister Moghazy.

Radical solutions needed
According to Moghazy the most important issue of the cooperation is to help Egypt to overcome the effects of climate change on its water utilities and on its northern coast.

It has been agreed that the Netherlands will help to develop follow-up plans and future strategies.

The Netherlands will also assist in the implementation of the national programme for irrigation and groundwater protection.

Egyptian President Abdel Fattah El-Sisi started the expansion project  on 11 August and recently two foreign consortia have been contracted for this megaproject.

One of the consortia involves the two Dutch dredging companies Van Oord and Boskalis.

During her stay in Egypt minister Schultz van Haegen will also meet Admiral Mameesh, chairman of the Suez Canal Authority.