In preparation for the World Soccer World Cup in Brazil, the national Dutch team played a match against Ghana in Rotterdam, on 31 May. This world cup preparation match was marked as kick off for a fund raising for the Football for Water programme. Spectators were asked to donate 2,50 euro.

The Dutch government announced the donation of 13.5 million euro for the programme.

Goal of the fund raising campaign is to provide WASH education and proper water and sanitation facilities at 1,000 schools in Mozambique, Kenya and Ghana. 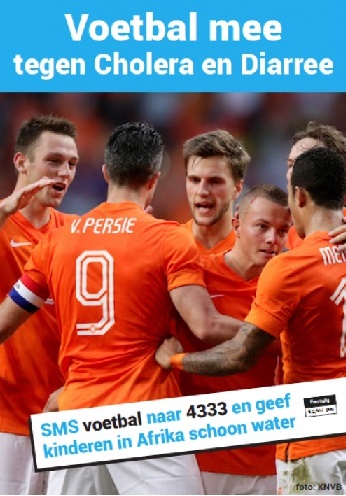 Raising awareness for WASH
The Football for Water programme was launched in 2012 and is already operational at over 100 African schools. The programme is a unique cooperation between the Dutch national soccer organisation KNVB and the Dutch water sector.

The KNVB is educating football coaches in developing countries to teach children football skills in a fun and responsible way. This training also raises awareness for hygiene and hand washing.

The Dutch water aid organisations provide all these schools with proper facilities for clean drinking water and proper sanitation.

Forgotten issue of sanitation
Former president of Ghana John A. Kufuor attended the soccer match. He is currently visiting the Netherlands as chairman of the international partnership Sanitation and Water for All (SWA),

Kufuor congratulated the Netherlands and stated: "Ghana and Africa have benefited greatly from Dutch leadership on not only water but also on the essential but often forgotten issues of sanitation and hygiene. We have benefited from your engineering and scientific knowledge, and also through the generosity of the Dutch people and of your government."

Calling card
Director Partnership Development of the Dutch non-governmental organisation Simavi, Andy Palmen, pointed out the importance of the attention for proper sanitation: "Investing in WASH not only saves lives, but is also a prerequisite for the economic development of countries. And it is a wonderful calling card for the Netherlands globally. Calculate your profit", Palmen said.

The Dutch team won the match by 1-0 with a goal by Robin van Persie. 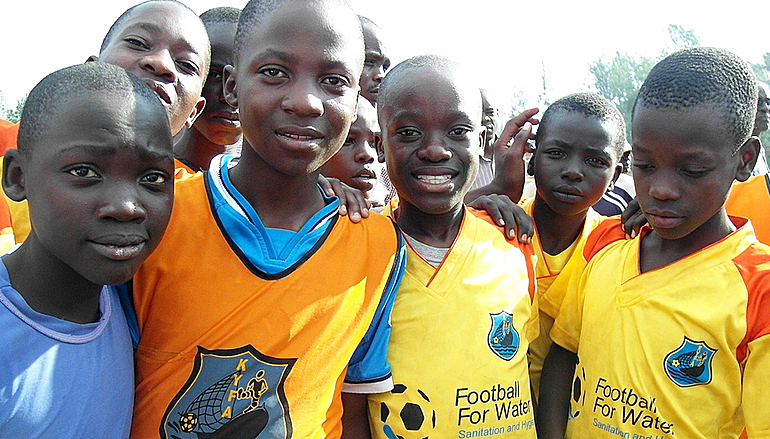