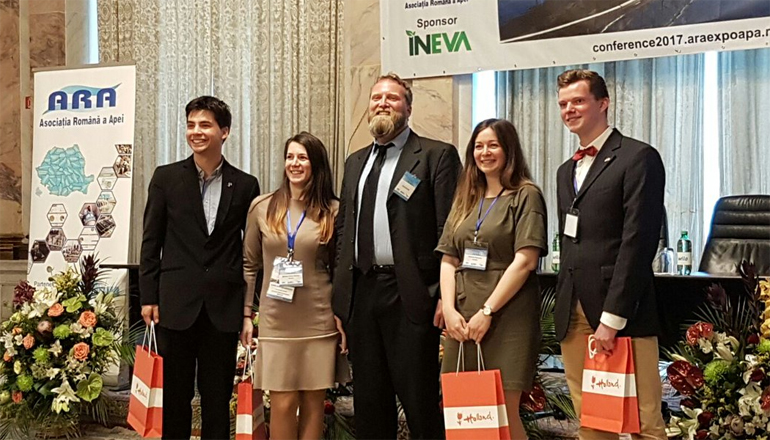 A Romanian-Dutch team of young water prfessionals won the 25th edition of the Wetskills Water Challenge in Romania with a heat stress app for the city of Bucharest.

Five teams were challenged to work on solutions for water problems in Romania. The jury selected the heat stress app because it also shows solutions.

The event was hosted by Politehnica University of Bucharest and took place from 4 – 18 May 2017. 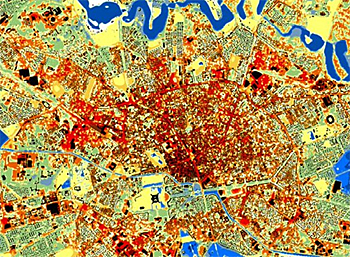 Heat stress
The winning team (on top photo, f.l.t.r.: Kennard Burer, Elena-Adriana Mierloiu, Katarina Kipourou and Luuk van der Meulen) made use of a heat stress map developed by Dutch consultancy firm Tauw. It shows where extreme heat can occur in cities on very hot days and where you can take measures.

The team designed a smart phone app that charts both problem locations and possible solutions to stimulate climate adaptation in Bucharest.

Market ready
The jury assessed the winning team as follows: “We chose a team with a market ready, feasible and flexible solution. Due to climate change, extreme weather events are becoming more frequent. For Bucharest this has consequences such as heat stress and flooding.”

The jury praised the app for its option to show possible solutions. 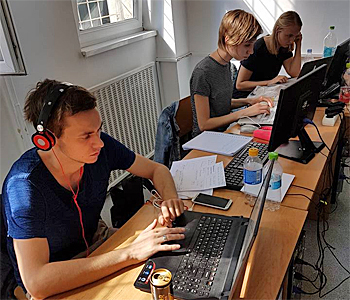 Other cases
Another case was submitted by the Dutch Rijnland Water Authority and the Romanian Prut-Barlad Water Basin Administration. Their team was challenged to come up with designs for the Baseu river, that will lead to a permanent water flow.

The case of the World Water Academy was about the development of a business-wise manner of capacity development and training in the water sector.

Coming up
Next Wetskills challenges to take place:
● Wetskills Israel 2017 in Haifa from 3 – 17 September
● Wetskills The Netherlands 2017 in Amsterdam from 19 October – 2 November (as part of the Amsterdam International Water Week)