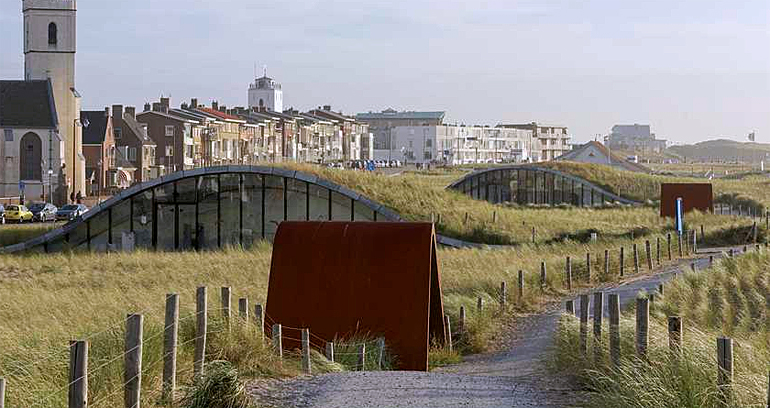 International Parking Institute (IPI) has awarded the underground parking garage Kustwerk Katwijk, the Netherlands, with a top award in the category for Architectural Achievement in the 2017 Awards of Excellence competition in New Orleans.

The handout ceremony took place in New Orleans on 24 May.

Every year since 1982, the IPI Awards of Excellence competition recognizes world-class examples of parking design and program innovation. 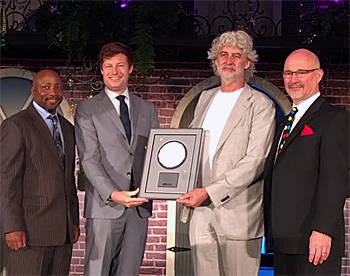 Integration in dune landscape
The underground parking garage is a design by Royal HaskoningDHV, ZJA Zwarts & Jansma Architects, Ballast Nedam and OKRA Landscape Architects. Construction was commissioned by the city of Katwijk, the Netherlands and completed by Ballast Nedam.

Special attention was given to the integration and materialisation of the entrances in the dune landscape, as one of the main principles of the architectural masterplan and the public domain.

Coastal flood defence
What makes this garage so special is the fact that it was constructed as part of the national coastal reinforcement project. The garage was built as a new coastal defence scheme together with a new levee and located underneath the dune landscape, hidden from view.

The Katwijk Coastal work was part of a national 780 million euro programme to reinforce the Dutch coast at ten locations.

Consultancy firm Arcadis was responsible for the coastal reinforcement. 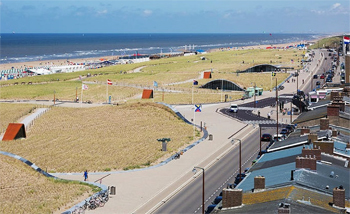 Public space
Design Leader Jurgen Herbschleb from Royal HaskoningDHV commented: ‘We are delighted with this recognition and are very pleased that the jury is particularly impressed with our successful transformation of a parking garage into a public space, which local residents and tourists like to visit.’

This news item was originally published on the websites of Royal HaskoningDHV and ZJA Zwarts & Jansma architects.