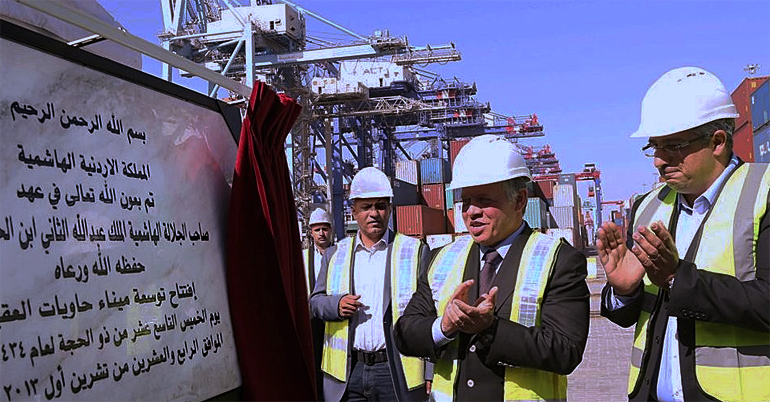 The Aqaba Container Terminal (ACT) Berth Expansion Project, which has doubled the capacity of the county’s largest Red Sea port, was officially opened by His Majesty King Abdullah II of Jordan with the addition of 460 meters of quay to the existing 540 meters.

The ceremony marked the successful completion of the four-year terminal expansion project creating a new deep-water gateway and transit hub for the region. The ACT project is realized by a joint venture of Aqaba Development Corporation (ADC), the Jordanian Government's development arm for the Aqaba Special Economic Zone - and APM Terminals, which manages the facility under the current contract through 2031

With a new total quay length of 1 km, Jordan’s primary port will now be able to accommodate an annual throughput of 1.5 million TEUs annually. 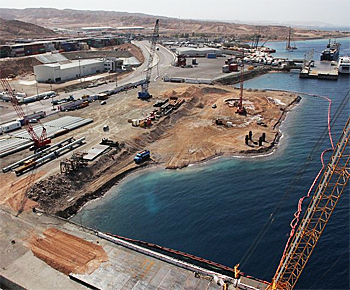 Major gateway for Jordan
The berth expansion, which represents an infrastructure investment of USD140 million, is the last phase of the terminal expansion program initiated in 2009 and has included the delivery of two new STS gantry cranes with a 22-container row reach, and four RTGs.

ACT, with a depth ranging from 14.5 meters to 22 meters, is part of the APM Terminals Global Terminal Network, and a major cargo gateway for Jordan, which bordered by four countries and two continents, is also a natural transit hub for the Levant and Middle East, including Iraq, for which direct rail access is planned.

New container volume record
"APM Terminals is very proud of the impressive and positive results achieved from this joint venture with our partners in the Aqaba Development Corporation, and we thank His Majesty King Abdullah II for his support of Aqaba Container Terminal’s continuing growth", said APM Terminals Head of Business Development and Portfolio Management for the Africa-Middle East Region, Soren Jakobsen.

ACT handled 817,000 TEUs in 2012, reflecting an annual growth rate averaging 16% over the past three years, and attaining a productivity level of 33 gross moves per hour (GMPH). In September, the terminal set a new container volume record with 92,000 TEUs handled. There are now 13 shipping lines now calling on a weekly basis, directly linking the port to trading partners in Europe, the Far East, India and the Americas. 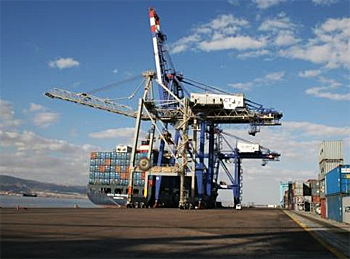 He said: "In the seven years since our partnership began, we have worked together to establish a world-class port facility, address environmental issues, community growth and economic development on a national and regional level, for which this expanded capacity will play a crucial role".

Also speaking at the event, His Excellency Professor Kamel Mahadin, Chief Commissioner of the Aqaba Special Economic Zone and ACT’s Chairman of the Board of Directors stated: "We are greatly honored to have His Majesty inaugurate the completion of the berth expansion project and delivery of the extended quay. These results reflect the realization of the Royal vision of expanding the horizons of Aqaba city and its transformation into a key regional gateway and logistical hub".

This news item was originally published on the website of APM Terminals (as pdf).