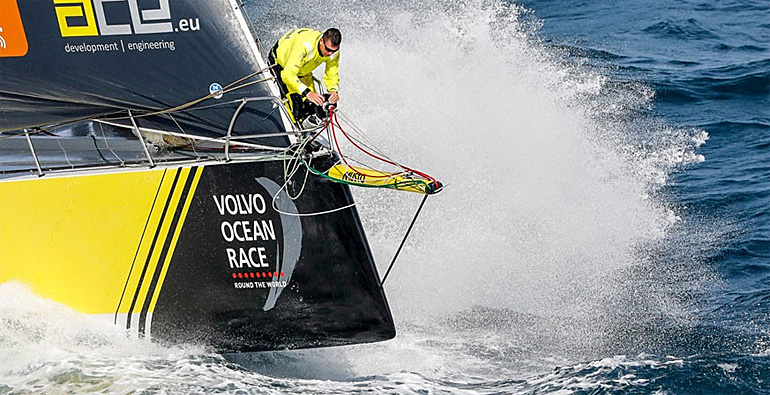 Supplier of temporary water facilities MTD follows the sailors of the Volvo Ocean Race around the world and will provide drinking fountains at each of the 12 stopover villages.

The first location where MTD installed its temporary drinking water fountains was in Alicante, Spain, where the first leg of the world sail competition started on 22 October.

Immediately after the race boats left Allicante MTD shipped the fountains and supporting equipment to the next stopover in Lisbon, Portugal, where the next village was opened on 31 October.

The boats are now on their way to Cape Town, South Africa. 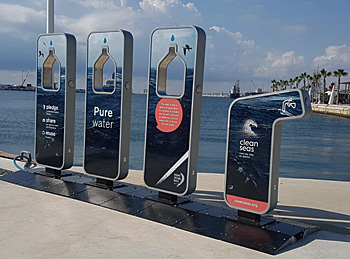 Twelve stops
The sailing race around the world has 12 stopovers, including Alicante and Cape Town, and the finish will be in The Hague in June 2018.

To support the seven sailing teams, a village will be constructed at all the stopovers and MTD will install the water taps.

Being responsible for the drinking water quality, MTD will also install a treatment installation if necessary.

About MTD
MTD is a full service supplier on temporary drinking water facilities, specialised in events.

Since the nineties the company is also international active and its largest assignments were the temporary water fountains in the Olympic Villages in London ( 2012) and Rio de Janeiro (2016). MTD has provided the drinking water supply and water disposal for over 2,000 events.

The head office is located in Tilburg, the Netherlands and MTD has offices in England, Germany, France, Brazil, Russia, South Korea, the USA and Canada.