US-based Newlight and Dutch-based Paques announced a 15-year technology license agreement that will allow Paques to manufacture, process and sell bioplastics based on Newlight’s AirCarbon technology that turns methane-based biogas into thermoplastics.

Paques is a supplier of anaerobic wastewater treatment and gas treatment and as such very involved in the handling of methane-based biogas stream. These biogas streams form an ideal carbon source for the AirCarbon conversion technology.

Under the agreement, Paques and Newlight will work together both commercially and technically to accelerate the expansion of AirCarbon production capacity globally.

Both companies anticipate the production of 1.3 million metric tons of thermoplastics per year. The announcement was made on 6 July. 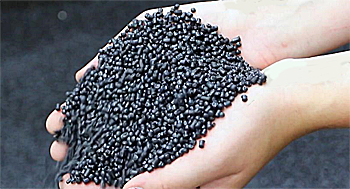 Gas conversion and wastewater treatment
In recent years Newlight has developed a breakthrough technology for the conversion of methane-based greenhouse gases into biobased AirCarbon thermoplastics using an ultra-high yield biocatalyst, which combines greenhouse gas with air to produce a bioplastic material that can be used to make a range of products, from furniture to building materials.

Paques is a global leader in anaerobic wastewater treatment and gas treatment. It's technologies including Biopaq, a broad range of anaerobic systems whereby microbes convert organic pollutants in wastewaters to biogas. In addition, Paques’ Thiopaq technology is used worldwide for purification of biogas streams, such as landfill gas.

All these biogas streams form an ideal carbon source for the AirCarbon technology. 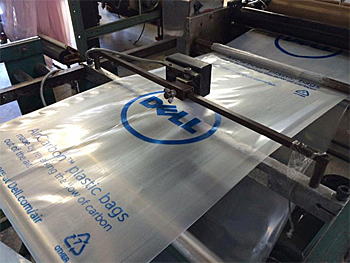 Resource recovery
Stephan Bocken, CEO of Paques: “We are extremely excited about the collaboration with Newlight. The AirCarbon technology complements our own developments in this field and fits very well within the vision of Paques to revitalize resources. It is the ambition of Paques to use our biotech knowledge to upcycle waste streams to high quality materials and chemicals."

Mark Herrema, CEO of Newlight, adds to this: “With over 2,000 installations throughout the world, from the Netherlands to China to Brazil, Paques is a world leader in industrial biotechnology. As such, we believe that the collaboration between Paques and Newlight has the potential to create a significant impact."

Newlight shares Paques’ vision to revitalize the world’s resources. Herrema: "We look forward to working together to deploy Newlight’s greenhouse gas conversion technology to do that.” 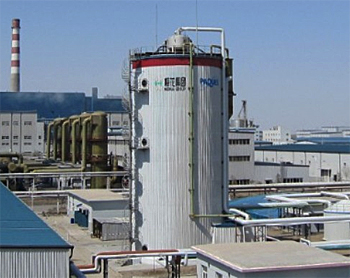 One of the many Biopaq installations - here seen in Shanghai, China - delivered by Paques worldwide for the anaerobe treatment of wastewater.

About Paques
Paques has over 30 years experience in helping industries and municipalities to reduce their water and carbon footprints and reclaim valuable resources.

Paques’ reactor systems are found in all kind of industries and applications, such as food, pulp and paper, beer and beverages, distilleries and chemical industry.

Newlight was founded in 2003 and developed a biotechnological process to produce a material called AirCarbon, a family of high-performance polyhydroxyalkanoate (PHA)-based thermoplastic materials.

Following commercialization in 2013, AirCarbon was named "Biomaterial of the Year" by the Nova Institute in 2013, "one of the 100 most technologically significant innovations of the year" by R&D Magazine in 2013, and 2014 "Innovation of the Year" by Popular Science.

Report by KCETSoCalConnected on Newlight, including an interview with CEO Mark Herrema.