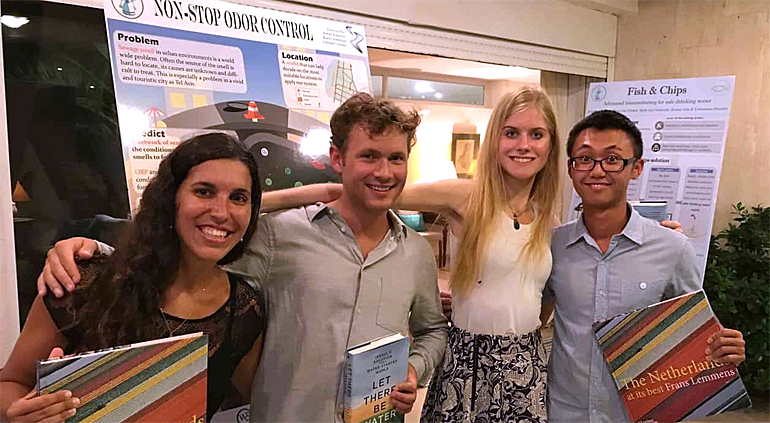 The Dutch-Israeli student team that presented a solution to sensor and neutralize the typical sewage smell of rotten eggs in the street, won the latest edition of the Wetskills water challenge in Israel.

Wetskills Israel took place in Haifa from 3 till 17 September. It was the second time for the Wetskills water challenge to take place in Israel and it was again hosted by the Technion-Israel Institute of Technology. 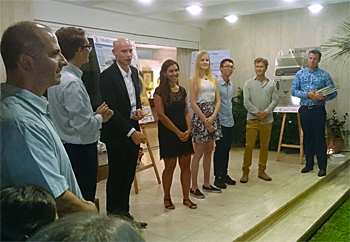 Winning solution
The winning team came up with an early warning concept to detect odor hotspots in the sewer with sensors and to neutralize the odor by dosing a small amount of nitrate.

The Wetskills water challenge involves real cases presented by local water authorities or companies and student teams that have to come up with solutions.

The case owner of the odor control, was the water company of Tel Aviv, Mey Avivim. Mey Avivim reacted enthusiastic about the proposed solution and appointed an engineer to start a pilot to test it.

Best ideas
‘It was a hard decision to announce the winning team. You are all winners’ said chair of the jury Henk Ovink, special water envoy of Kingdom of The Netherlands, at the awarding ceremony

The finals and awarding ceremony took place at the residence of the Dutch Ambassador in Israel.

This news item was originally published on the website of Wetskills.

Wetskills’ pitch by Rotem Rotshtein on how to tackle the problem of the typical sewage smell in the street.