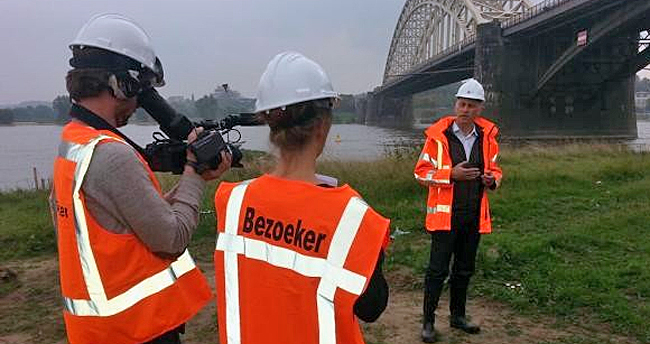 On 22 and 23 October the website 24 Hours of Reality will broadcast five video reports from all continents on the effects of carbon pollution and the costs of the measures needed to encounter these effects.

The report from Europe includes the Room for the River project in The Netherlands, showing Cor Verbeek (on top photo being filmed) who works for the national Department of Waterways and Public Works on the issue of river flood protection.

His work brought Verbeek to kitchen tables and halls filled with peopleto talk about the measures against flooding. It’s Verbeek's believe that understanding the reason of the intervention leads to acceptance and eventually to corporation to the measures involved. 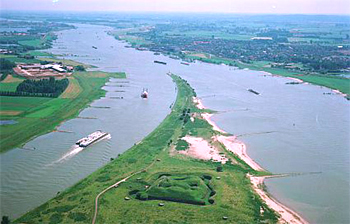 Combined flood safety and improvement of liveability
The goal of the Dutch Room for the River Program is to give the river more room to be able to manage higher water levels.

At more than 30 locations, measures will be taken that give the river space to flood safely. Moreover, the measures will be designed in such a way that they improve the quality of the immediate surroundings.

The program ensures the security of 2 - 4 millions Dutch inhabitants, an investment of more than 2.5 billion dollars.

In the beginning of the project Verbeek was responsible for the choice of the measures as a part of the decision-making in the Dutch parliament. Now he accompanies the other governments in the realization of the Room for the River measures, all this for a safe and sustainable river system in the Netherlands. 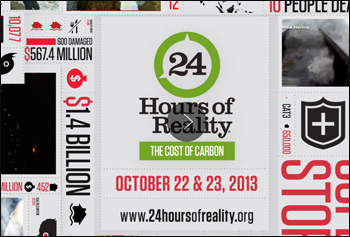 The Climate Reality Project is devoted to powering the social revolution for climate action.

Founded by Nobel Laureate Al Gore, the millions strong organization stands up to climate denial and spreads the truth about the climate crisis to empower our leaders to take action

More information
Room for the river
Utrecht, the Netherlands
+31 88 797 2900
www.roomfortheriver.nl