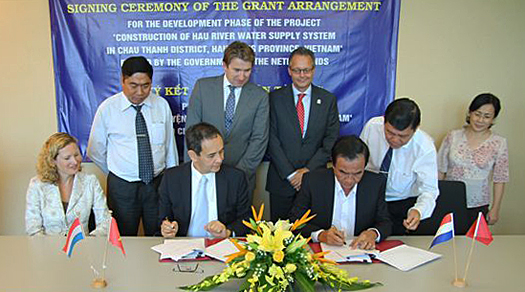 The Dutch government has commissioned Royal HaskoningDHV to design a drinking water preparation plant and distribution system for two districts in the Mekong Delta in Vietnam.

The area lacks a central drinking water system and this causes health problems among the local population.

Design of water distribution networkEngineering firm Royal HaskoningDHV will design the drinking water system for surface water obtained from the Mekong River and the required distribution network including the connections to homes and businesses. Distributing the water poses the biggest challenge, because users are scattered across the region.

Economical important region
The system will supply clean drinking water to 168,000 people and 500 businesses in the districts of Chau Thanh and Chau Thanh A. They are located in the Vietnamese province of Hau Giang, a rural region of the Mekong Delta. It is an important region for the production and export of fruit, fish, rice and pork. 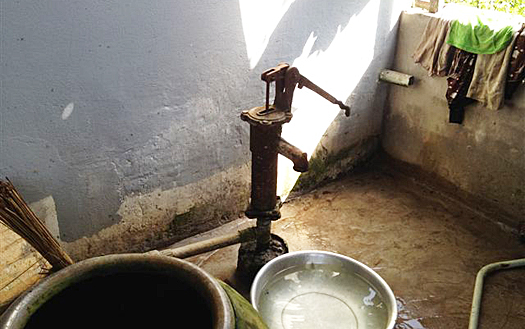 Typical scene of current water supply in the Mekong Delta.
To be completed in two years time
The design phase must be completed in approximately eighteen months. Construction and installation of the drinking water system are scheduled to start mid-2014 and the work will take two years to complete.

This news release was originally published on the website of Royal HaskoningDHV.