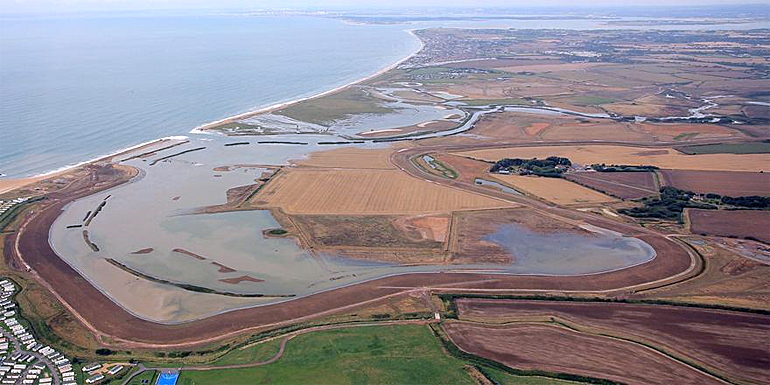 The Medmerry flood defence in Sussex took two awards at the British Construction Industry Awards 2014 in London on 8 October. This coastal defence project was commissioned by the Environment Agency, contracted by Team Van Oord and designed by Jacobs UK.

The three project partners received two awards, including the top award, The Prime Minister’s Better Public Building Award, which is sponsored by The Cabinet Office. They also took home the Civil Engineering Project of the Year Award. 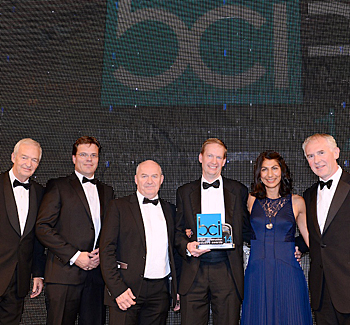 Groundbreaking
The Medmerry scheme was described on the award ceremony as 'groundbreaking' and 'innovative', realigning open ocean coastline.

Opened in November 2013, the scheme involved the construction of four miles of new sea walls to reduce the flood risk to hundreds of properties in the area.

The lifesaving defences held firm throughout last year’s floods and the scheme has been hailed as a gold standard of flood defence in the UK.

The project also created a new wetland for local wildlife to flourish and much of the site is now managed by the Royal Society for the Protection of Birds (RSPB) as a nature reserve.

New standard in construction
Francis Maude, minister for the cabinet office and paymaster general, said: "The projects short-listed for The Prime Minister’s Better Public Building Award are exceptional examples of British construction. From the first spade in the ground, these projects helped set new standards in construction but will also give something valuable back to their communities." 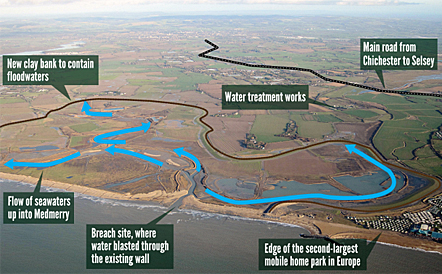 Blue print for vital coastal flood defences
Maurits den Broeder, Team Van Oord chairman, said: "We were thrilled to win Civil Engineering Project of the Year, and humbled by The Prime Minister’s Better Public Building Award. These awards are testament to the foresight of those at the Environment Agency, who commissioned the scheme, the design talents of the team at Jacobs, and the skill and determination of our team, who were tasked with delivery.

"Medmerry can provide a blueprint for many of the other vital coastal management and realignment schemes that will be delivered across the UK in the coming decades", added Den Broeder.

This news item was originally published on the websites of Team Van Oord.

Report by BBC South Today tracking the progress at Medmerry in September 2013.