Tirasa and Royal HaskoningDHV signed an agreement with the intention to collaborate in developing of small scale hydropower plants in Indonesia with a total capacity of 100 MW.

The five-year agreement commences with feasibility studies and reviews within targeted areas. An estimated 350,000 people could benefit from connected to the grid because of these hydropower plants.

The signing took place on 21 November during the Indonesia-Netherlands Business Diner on the occasion of a Dutch trade mission lead by Netherlands Prime Minister Mark Rutte. 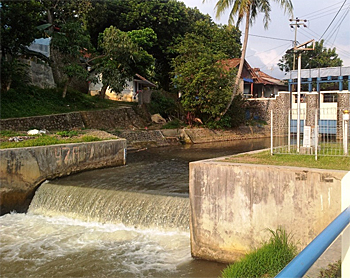 Daily electricity blackouts
A report by Differ Group in 2012 stated that Indonesia's electricity generation capacities are outdated and insufficient, operating at an average capacity factor of 66%. It also stresses that the country experiences daily blackouts lasting on average 4 hours a day and claims that more than 86 million Indonesians still lack even the basic access to electricity.

Good opportunity
"This is something which is much needed in Indonesia which is likely to deliver electricity to some 80,000 homes. This event provides us with the opportunity to commit to taking such a programme forward in collaboration with one of the world’s leaders in the field", said Mr Suryana Padma, president director Tirasa.

Mr Wybe de Jager, resident director Royal HaskoningDHV Indonesia said:  "This is a perfect example of partnership in action which clearly reflects our mission of enhancing society together. We are extremely honoured to have such an important agreement signed in the presence of Prime Minister Rutte and the entire high profile delegation".