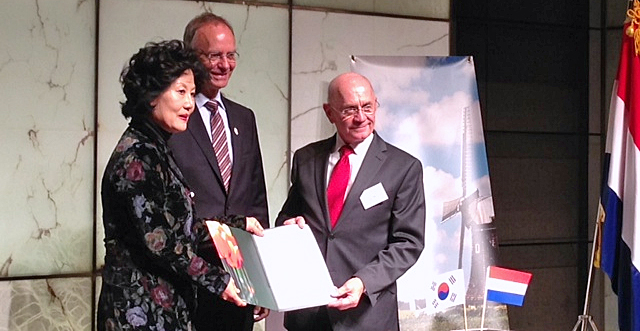 Tocardo Tidal Turbines, producer of tidal and free-flow water turbines, has reached an agreement with Ekornergy, the South Korean energy company, to install tidal turbines with a total capacity of 28MW.

The units will be installed in the coastal waters of the Mokpo Jeonnam region.

Commercial director Paul Morris (right) of Tocardo and Hee Jin Eun (left) of Ekornergy signed a memorandum of understanding on the projects on 4 November during a ceremony in Seoul. The signing was attended by Dutch minister of economic affairs Henk Kamp (middle).

Also present were King Willem-Alexander and Queen Máxima of the Netherlands, who were paying a state visit to Korea.

"This is a major step towards accelerating Tocardo’s expansion into large-scale tidal energy projects across the globe", says Hans van Breugel, CEO Tocardo. "We’re looking forward to working with Ekornergy and other Korean partners to seize this opportunity to supply the Korean grid with significant amounts of clean and reliable energy, helping reduce the country’s carbon emissions.” 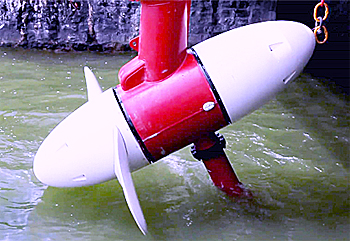 In 2016 its expects to start producing its bigger T3 turbines, which are to be installed in a commercial tidal array with a total capacity of 25MW.

About Tocardo
Tocardo is a Dutch company dedicated to delivering the best and most economical turbines to harvest energy from the world’s oceans and rivers.