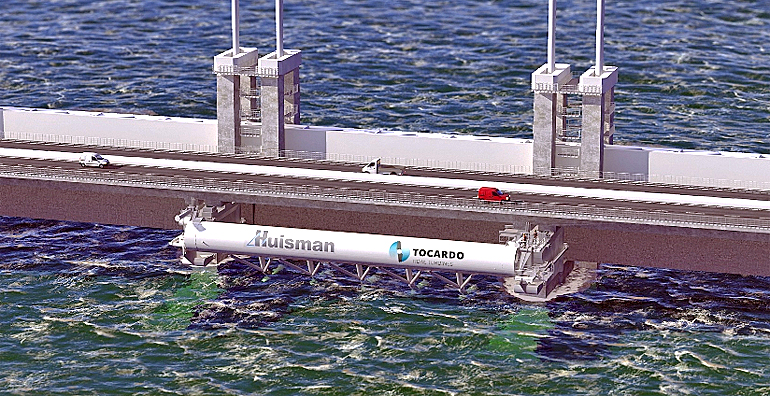 Tocardo Tidal Turbines revealed that it will install five tidal turbines in the Eastern Scheldt storm surge barrier, the Netherlands to generate clean energy. The turbines will be operational this autumn and have a total capacity of 1.2 MW, delivering enough electricity to power 1,000 households.

This installation will be both the largest tidal energy project in the Netherlands as well as the world’s largest commercial tidal installation of five turbines in an array. 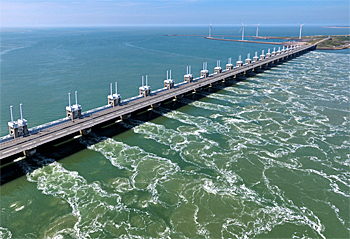 The doors of the Eastern Scheldt barrier are closed only once or twice a year, so normally the tide can flow in and out freely, creating a strong water flow.

The nine-kilometre-long barrier has 62 steel doors that are normally open and only closed when the sea level is at least three metres above regular level. The open doors allow a fast flow of water in and out of the Eastern Scheldt estuary. This makes the barrier an ideal location for generating tidal energy.

The location will now deliver the combination of water defences and hydroelectric power.

"This project marks an important step in the development of tidal energy. Tidal technology is innovative and could grow into a significant Dutch export product. With our turbines in the Eastern Scheldt storm surge barrier, we can now show the world what tidal energy is all about, namely providing a clean and reliable source of energy that could fulfil 10-20 percent of the world’s electricity needs,” says Tocardo CEO Hans van Breugel. 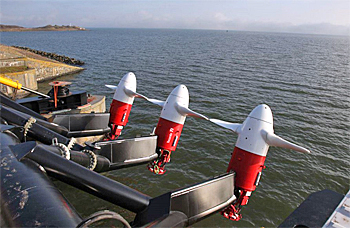 Tocardo runs a pilot with an array of three turbines in the closure dam Afsluitdijk, the Netherlands.

Several partners
For this project, Tocardo is working with co-shareholder Huisman, the designers of the turbines’ suspension structure. Strukton has also been actively involved in the project planning from the outset and will be responsible for project management during installation.

Another partner in the installation project is Mammoet, while Zeeland companies Istimewa Elektrotechniek, Van der Straaten and Hillebrand also play an important role in terms of the electro-technical installation and steel structures. Together with these partners, Tocardo has future plans to increase the number of turbines.

As manager of the Eastern Scheldt storm surge barrier, the Netherlands’ Department of Waterways and Public Works Rijkswaterstaat supports this innovative initiative to generate energy.

This project is funded by the province of Zeeland, the European Regional Development Fund and the Dutch government.