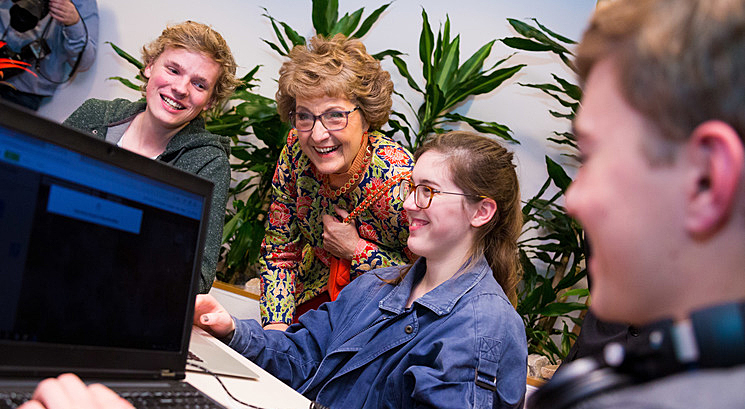 The Red Cross and the University of Twente have presented the Princess Margriet research chair on Spatial Resilience for Disaster Risk Reduction. The chair is named after Dutch princess Margriet and will be established within the ITC Faculty of Geo-information Science and Earth Observation.

The appointment procedure for installing a new professor will be announced shortly. 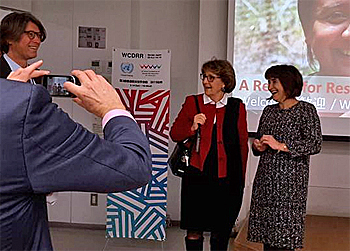 Building resilient communities
The purpose of the research chair is to strengthen the knowledge base on natural disasters and climate change for disaster management, as well as to enhance the impact of humanitarian aid in the area of disaster management.

Research findings will be applicable in the daily practice of the Red Cross activities, which are increasingly aiming at building resilience in communities against natural disasters.

Five current chairs
The research chair will be established within the ITC Faculty of Geo-information Science and Earth Observation of the University Twente, and is in line with five current research chairs at the university in the domain of natural disasters, risk management and risk reduction.

ITC has its mission in capacity development, with an overlap in the focusing countries with the work of the Red Cross.

The Red Cross will benefit from the research outcomes and apply it directly in its humanitarian work.

At the same time, the research chair will benefit from knowledge from the Red Cross practice, for example on how people can prepare for extreme weather conditions, and on innovative methods to collect local data on disaster vulnerabilities. 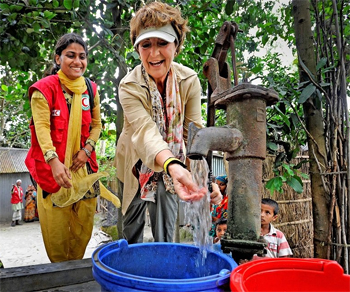 The research chair on disaster risk reduction has been installed in honor of the 75th birthday of princess Margriet.

The most vulnerable communities are often affected most. As a result of climate change and population growth, the impact of natural disasters will be more severe and will occur more often in the near future.

The Red Cross is committed to prepare people better for the occurrence of natural disasters, to diminish their impact.

Vice chairwomen
Her Royal Highness Princess Margriet started as a Red Cross helper first class (nurse) in 1966 and has been vice chairwoman for the board of the Dutch Red Cross for twenty years, until January 2011.

As a recognition of her tireless efforts, the Red Cross has set up a personal fund, the Red Cross Princess Margriet Fund, which focuses specifically on prevention of disasters.

This news item was originally published on the websites of Red Cross the Netherlands (in Dutch only) and the University of Twente.