Dredging company Van Oord has been awarded a land reclamation project in Kuwait. The client is the Kuwait National Petroleum Company (KNPC).

The refinery will produce 615,000 barrels a day. The project is the first phase of KNPC’s USD 23 billion investment programme for this new refinery.

"The Middle East has been very important to Van Oord for decades. We are pleased to continue working and strengthening our position in the area with this contract", says CEO Pieter van Oord. 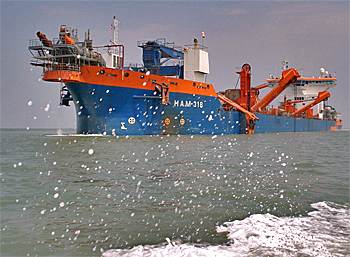 Immediate start
Work on the project will begin immediately, with completion to take 30 months.

The project will also include constructing various channels, a basin for a future jetty, a barge dock and roads.