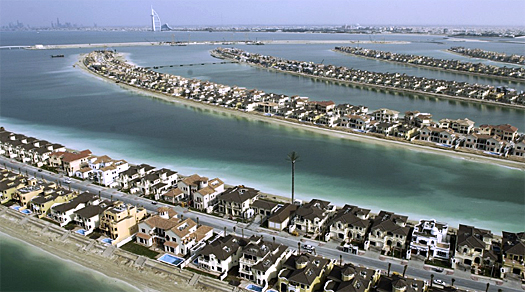 The contract value amounts to more than 20 million euro. The project consists of applying sand on the eastern and western edges of the Palm Jumeirah’s trunk as well as re-profiling various beach areas, extension of two existing rock groynes and the construction of a rock revetment.

For the execution of the work Van Oord will be deploying a trailing suction hopper dredger and a cutter suction dredger. The work has started and is scheduled for completion in April 2013.