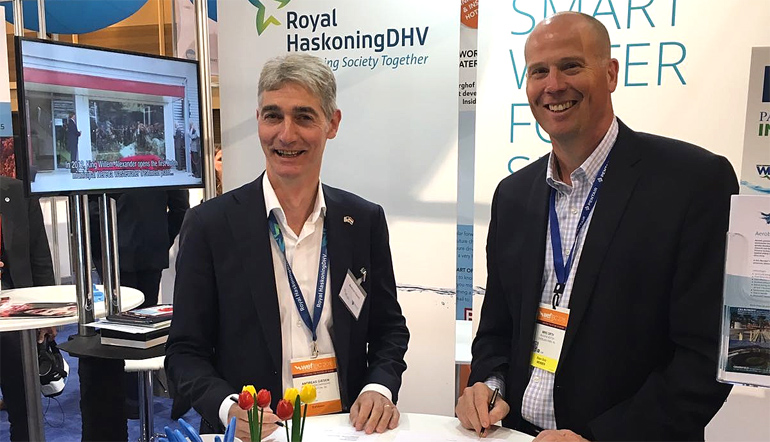 At the Weftec trade fair, Aqua-Aerobic Systems and Royal HaskoningDHV signed a license agreement that confirms Aqua-Aerobic will become the exclusive provider of the Nereda granular biomass treatment system in the United States market.

Royal HaskoningDHV also signed a non-exclusive teaming agreement at the Weftec trade fair with consultancy firms Aecom and Black & Veatch on joint pursue for more applications of Nereda-technology in the United States. 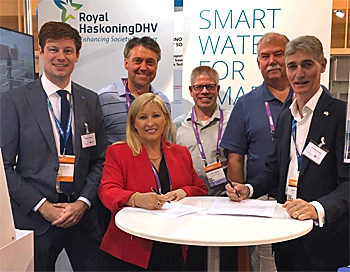 The dramatically reduced footprint and low energy requirement of the Nereda process provides a competitive alternative for high performance plants.

Currently almost 40 Nereda plants are in operation or under construction on 5 continents.

A recently opened Nereda plant is at wwtp Deodoro in Rio de Janeiro, Brasil. It was opened in June, just ahead of the 2016 Olympic Games. 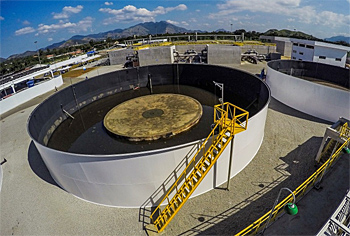 Nereda plant at wwtp Deodoro in Rio de Janeiro, Brasil, that was opened just before the Olympic Games in June.

Game changer
On the occasion of signing by Aqua-Aerobic Systems, vice president process group, James Horton stated, "This unique technology satisfies all of the requirements we look for in a next generation biological process: enhanced biological nutrient removal, lower operational and capital costs, and smaller footprint. This is the game changer the industry has been waiting for."

Royal HaskoningDHV, director of water treatment technologies for the Americas, Marten Hillen, stated, "We are proud that a leading player like Aqua-Aerobic Systems recognizes the added value of Nereda for the United States. We look forward to jointly bringing our knowledge and expertise here."

Beneficial to US ratepayers
At the signing ceremony at Weftec, Executive managing director Mike Orth (right on top photo) at Black & Veatch commented on the offerings of the unique granular biomass technology. “This economical and energy efficient solution provides an internationally proven, award-winning option for our clients. Nereda will provide ratepayers with cleaner wastewater, treated on a smaller footprint against lower costs."

“We trust that our partnership with Black & Veatch will catalyze adoption of this modern and sustainable treatment technology,” said Director of technology Andreas Giesen (left on top photo) at Royal HaskoningDHV.

“In combination with agreements with other leading service companies and a license partnership with a U.S. based technology provider, we are poised to best serve the U.S. market.”