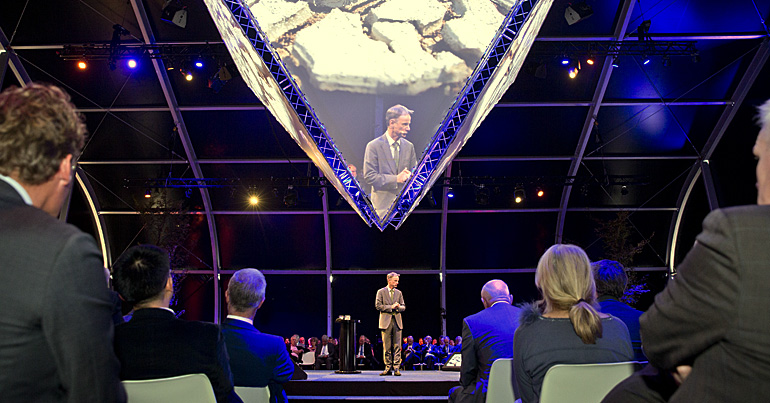 ‘For two years climate scientists warn us that Antarctica, the south pole, may be much less stable than we have thought so far, and ice sheet can rapidly slip into the sea. I think that we face a game changer’, said scientific director Jaap Kwadijk of Deltares. ‘This slipping would lead to an acceleration in sea level rise in the coming decades to a speed that is unprecedented in history.’

Kwadijk brought his worrying message at the celebration of the 10th anniversary of the renowned Dutch research institute Deltares in Delft, the Netherlands, on 5 October. 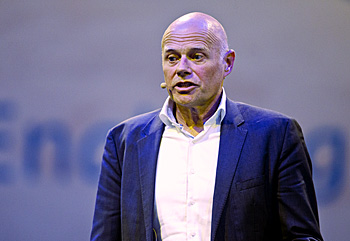 Scientific director Jaap Kwadijk of Deltares warned that it will be a huge task for the delta and coastal region to keep pace with sea level rise. (photos: Deltares/Guus Schoonewille).

New insights
Addressing the issue of sea level rise, Kwadijk predicted that the new insight in the melting processes on Antarctic forces will have a big impact on climate adaptation worldwide.

‘We need to keep pace with accelerated sea level rise’, he said. ‘The challenge to keep deltas and coastal areas all over the globe liveable will be huge, in my view so huge that we need to rethink the capacity of our classical engineering.’

Deltares recently published a report on the potential effects of the Antarctic ice melting for the sea level rise at the Dutch coast. The current Dutch long-term adaptive water management plan, the Deltaplan 2015, foresees a sea level rise up to 1 meter by 2100. New insights indicate that levels may rise up to 3.2 m by 2100.

'We need to understand better the melting processes on Antratctica to be able to predict better the pace in sea level rise', he said. 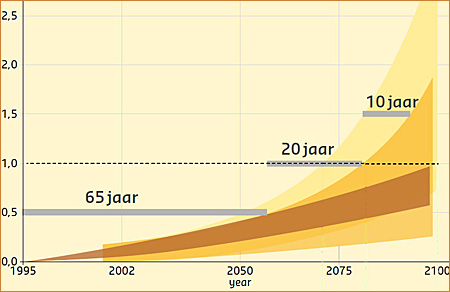 Recent study by Deltares for the Dutch coast indicates a much higher sea level rise than currently envisioned (in dark brown). The acceleration also implies that new measures will last shorter. In grey the number of years a measure can meet a sea level rise of 0,5 m once  implemented.(source: Deltares, 2018)

Rethinking engineering
‘The concept of Nature Based Solutions is often mentioned as the silver bullet solution’, said Kwadijk, focussing on the potential of responsive measures. ‘And there are good reasons for that. They can cost-effectively reduce vulnerability and they have multiple benefits to the environment and local communities. Think of sustaining livelihoods, improving food security and sequestering carbon. It is therefore that Nature Based Solutions are attracting the attention of green investors.’ However, he warned the challenges in river deltas and coastal area will be huge. ‘In my view so huge that we need to rethink the capacity of our classical engineering’, he suggested.

Kwadijk urged to scale up projects based on Nature Based Solutions. ‘Pilots are also too small to judge NBS’s applicability for large areas’, he said. 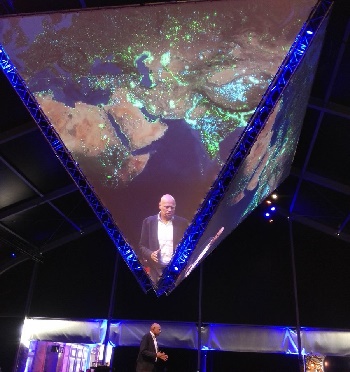 As an example, he mentioned the development by Deltares of the Aqua monitor, an open tool for analysing satellite data and visualising changes in land and water throughout the world. By using the Google Earth Engine, it shows for the last 30 years where and when water has turned into land and where land has turned into water.

And for Deltares…. ‘To support this transition will mean that in the coming 10 years we will be challenged to the very limits of our capacities.’