Both biotech pioneers will receive the award during the Stockholm World Water Week late august. 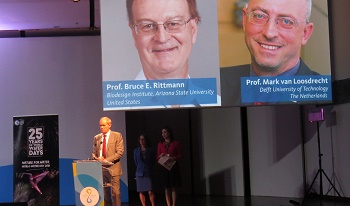 Revolutionized treatment
In its citation, the Stockholm Water Prize Nominating Committee recognizes Professors Rittmann and Van Loosdrecht for ‘pioneering and leading the development of environmental biotechnology-based processes for water and wastewater treatment. They have revolutionized treatment of water for safe drinking, and refined purification of polluted water for release or reuse - all while minimizing the energy footprint’.

‘Together, Professors Rittmann and Van Loosdrecht are leading, illuminating and demonstrating the path forward in one of the most challenging human enterprises on this planet – that of providing clean and safe water for humans, industry, and ecosystems,’ says Executive Director Torgny Holmgren of the Stockholm International Water Institute (SIWI), the organizer of the Stockholm World Water Week. 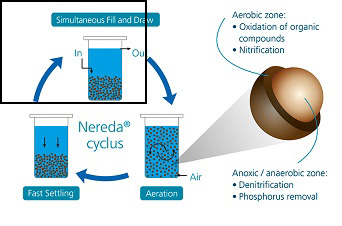 Self-sufficient waste water treatment
With their microbial systems both professors have contributed to the introduction of the circular economy in the water sector.

On receiving news of the prize, van Loosdrecht said: ‘I’m very excited and pleased! This is a recognition not just of our work but of the contributions microbiological engineering can make to the water sector.’

Van Loosdrecht also explained the importance of microbial systems. ‘With current waste water treatment technology, you can already be energy neutral and there is a lot of research on how to become energy positive.’

‘Especially in developing countries with unstable electricity supply and limited access to funding, this is very important. If we could build a wastewater plant that is self-sufficient in energy, that would make sewage plants feasible in many more places,” said Mark van Loosdrecht.

From pollutant to resource
In his reaction professor Rittmann talked about a paradigm shift. ‘Traditionally we have just thought of pollutants as something to get rid of, but now we’re beginning to see them as potential resources that are just in the wrong place.’

‘We’re in the middle of a paradigm shift, with more and more focus on how we can create resources, using microbial systems', Rittmann said. 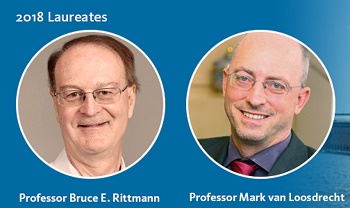 About professor Mark van Loosdrecht
Professor Van Loosdrecht’s research has led to the quite widely used Anammox and Nereda technologies for wastewater treatment.

Van Loosdrecht has been awarded several prizes, including the 2012 Lee Kuan Yew Prize (Singapore) and the 2014 Spinoza Prize (The Netherlands).

About professor Bruce Rittmann
Rittmann has written over 650 peer-reviewed scientific papers. Together with Perry McCarty (the 2007 Stockholm Water Prize Laureate), he is also the author of the textbook ‘Environmental Biotechnology: Principles and Applications.’

Rittmann invented the membrane biofilm reactor (MBfR) and chaired the program committee of the Leading Edge Technology Conference of the International Water Association, where he has worked together with Van Loosdrecht. 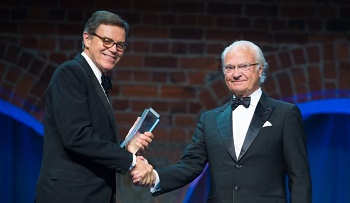 This news was originally published on the websites of Stockholm International Water Institute, Delft university of technology and Arizona State University.