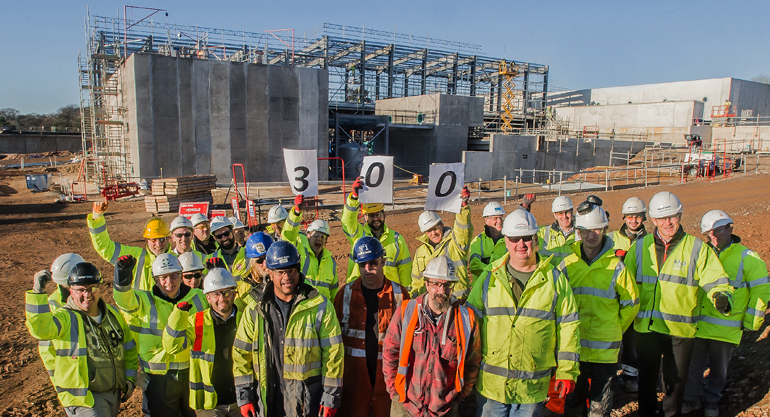 Workers building a new 60 million UK pound state-of-the-art water treatment works for Plymouth and the surrounding area raised their hard hats in celebration to mark 300 days of progress since construction started. Mayflower is on schedule to become operational in September 2018.

Six-CeraMac process
The plant will use cutting-edge treatment processes, designed and developed by Dutch water technology company PWN Technologies. The new drinking water facility will include the Six-CeraMac process that combines ion-exchange and ceramic membranes for the non-chemical pre-treatment of surface water.

The new Six-CeraMac technology uses suspended ion exchange with resin regeneration system, inline coagulation and ceramic membrane microfiltration. It is the first time that this combined technology has been used in the UK. 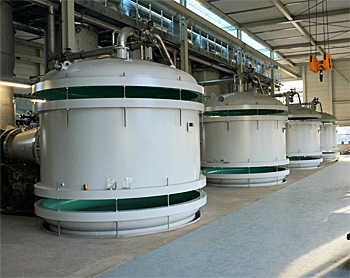 Worldwide interest
The project, the first of its kind in the UK, is also attracting widespread interest from other UK water companies and around the world, as it will use innovative water treatment processes to deliver even cleaner water more efficiently, helping to keep customer bills down.

“We’re approaching the halfway point of the construction timetable and while there is plenty more to do, real progress is being made and the team have been working tirelessly in all weathers to ensure we're on target to finish the main building work by next Spring."

This news item was originally published on the website of South West Water.