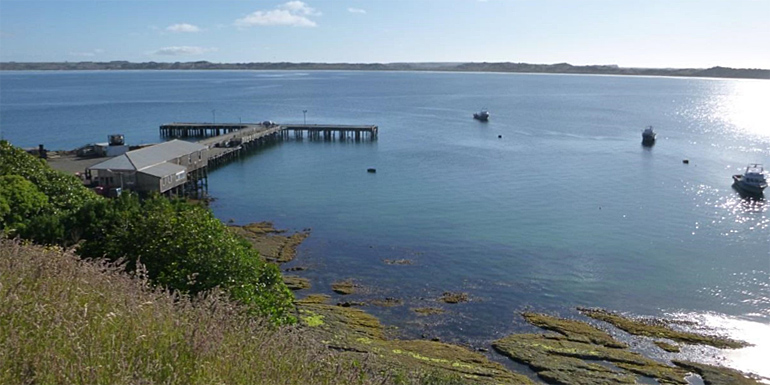 Delta Marine Consultants has signed a new license agreement for an Xbloc project for the Chatham Islands, one of New Zealand’s most remote communities in the Pacific Ocean.

The major island´s harbour, Waitangi Wharf, is ready for an upgrade. The upgrade comprises amongst others a breakwater up to 185 meters long to protect the wharf, and new land for enhanced port operations.

Interlocking blocks - XBloc concrete armour - have been selected as cost effective and proven solution for coastal protection. It is proposed to produce about 4,500 XBlocs at the construction yard on the island. 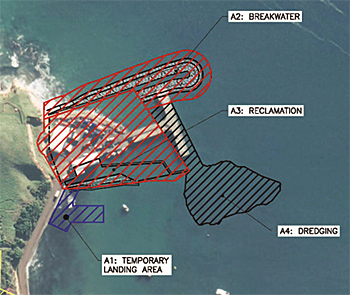 Scheme for the new Waitangi Wharf with the breakwater situated at the topside.

The wharf is the islands’ only cargo-handling facility for essential supplies, including diesel for the electricity grid and fuel for air services.

The New Zealand Government, through the Department of Internal Affairs and New Zealand Transport Agency, is funding and managing the upgrade of the wharf.

To enable new coastal structures and to improve berthing for vessels, the harbour and surrounding seabed will be dredged over an area of approximately 7,000 m2. The sand will be used for replenishment of Waitangi Beach. 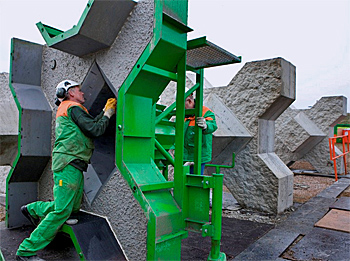 Preconstruction of the Xbloc on location, in IJmuiden, the Netherlands.

Construction facility
It was estimated that the new breakwater would need about 12-15 tonne of rock. This is hardly available on the main land of New Zealand, let alone on the island itself.

This led to the selection of the XBloc as they can be constructed on location. Near the wharf a special construction yard will created to manufacture the concrete Xbloc armour and other elements of the renewed wharf.

This news item was originally published on the website of XBloc.