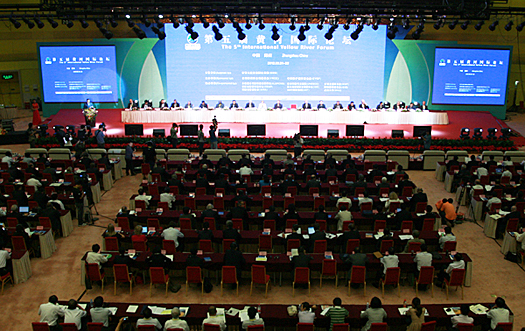 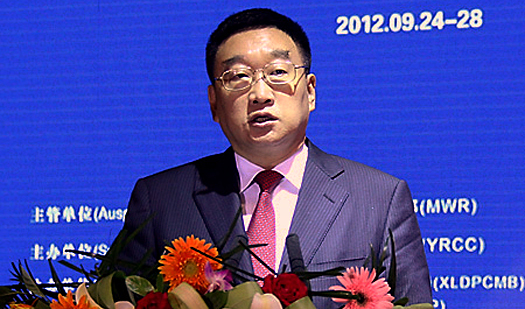 Chinese minister of water resources Chen Lei officially opened the 5th Yellow River Forum in Zhengzhou on September 24. The five-day international river conference is attended by over 1000 visitors with 300 coming from 60 different countries. This year’s theme is “Ensuring water right of the river’s demand and healthy river basin maintenance’.

During the first two days of the conference the Chinese water minister Chen Lei held high level talks with delegations from Australia, Zimbabwe, USA, France, European Commission and the Netherlands.

With the EU-delegation the minister discussed the progress of the newly formed China-European water platform (CEWP). Represented by the Danish environmental minister Ida Auken, the EU-delegation and the Chinese ministry of water resources agreed on a first working programme 2012-2015 for the platform that was initiated six months ago during the World Water Forum in Marseille, France.

The aim of the platform is to hold dialogues and strengthen joint research on improvement of water resource management. Three pillars of the cooperation are policy dialogue, research and business development.

Denmark, Portugal and Hungary are already full participants in the new platform, whereas other European countries are in the stage of talks.

Minister Chen Lei also met the Dutch delegation led by deputy director Ingwer de Boer of the ministry of infrastructure and environment on September 24. They exchanged views on cooperation related to water resource and flood risk management and talked about the progress of the Memorandum of Understanding signed in November last year.

Most important cooperation partner
Chen Lei praised the Netherlands as it is internationally renowned for water technology and water management. Over the past 20 years a close partnership has been established between the Chinese and Dutch water authorities. For his ministry the Netherlands is one of the most important cooperation partners, Chen Lei said. 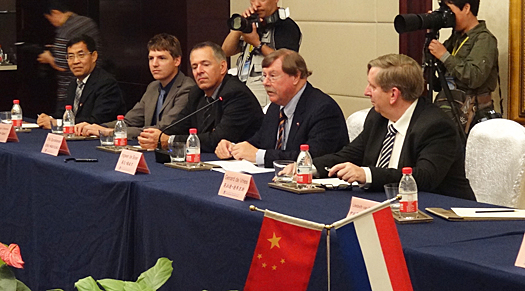 Head of the Dutch delegation Ingwer de Boer (seond right) thanked his Chinese guests for the cooperation in the past years and the remarkable achievements.

Symbol of Chinese nation
In March 2011 the Chinese government endorsed the 12th Five-Year Plan introducing a very stringent water resource policy, including for instance a total volume control for the nine provinces along the Yellow River. 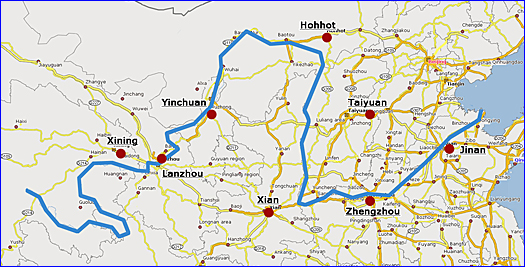 Chen Lei ended his speech by pointing out that the Yellow River bears a very special significance. It is the symbol of the Chinese nation as the 5000-year-old Chinese civilization origins from its banks.

Ministry of Infrastructure and environment/Rijkswaterstaat
The Hague, the Netherlands
+31 70 351 80 80
www.rijkswaterstaat.nl/en