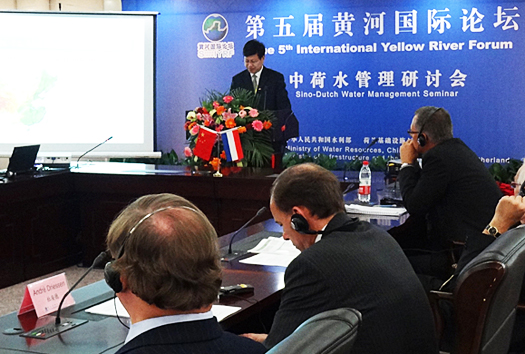 The Chinese and Dutch participants of the Sino-Dutch Water Management Seminar at the Yellow River Forum in Zhengzhou, China agreed to start a joint research project for a new assessment system to determine the strength of a levee.

Reduction overdimensioning saves a lot of money
Many levees, especially those with both sand and clay layers, are overdimensioned to be certain about its strength. Especially the effects of piping can be devastating when seepage undermines sandy layers inside of beneath the levee. The seepage creates channels in the sand, eventually leading to erosion and finally to the collapse of the whole levee.

Experts at the seminar agreed that if more is known of the piping process and the strength of a levee can be assessed better, there is less need for overdimensioning. Because of the huge investments involved, the agreed joint research project can save a lot of money on future levee construction and maintenance. 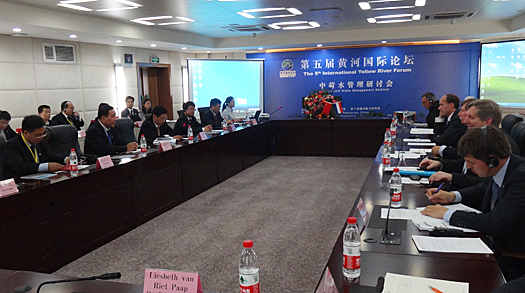 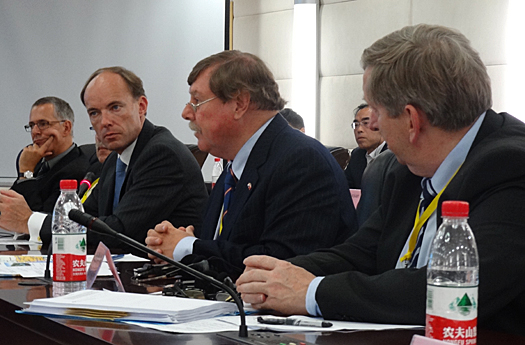 Comparing data to improve flood predictions
The participants of the Sino-Dutch seminar also discussed the progress of the joint Huaihe-Rhine river basin project. The Chinese river authorities have now implemented the Delft FEWS early flood warning system. This enable to compare the predictions for flooding on both the river Rhine and Huaihe.

By collecting real experiences from both rivers it will be possible to futher reduce the uncertainty margins of river flood prediction models.
(read more: Dutch and Chinese authorities start sharing information on Rhine and Hauihe river basin programme – November 22, 2011)

Large scale flood retention areas
The Dutch experts showed great interest in a large flood retention area along the Huaihe river. Some 160.000 people live in the area that floods with an average of once every two or three years. The villages are protected by ring dikes and houses are built on mounds. During the seminar experiences were exchanged on the warning systems, financial compensation for flood damage, and legal aspects.

The Dutch interest originates from a comparable flood retention area in the Netherlands , the Overdiepse polder, that is currently under construction. The reconstruction of this polder is part of the ‘Room for the river’ programme, comprising over 30 projects along the Rhine river.

The Dutch Room for the river programme is scheduled for completion in 2015, increasing the discharge capacity of the Rhine from 16.000 to 18.000 cubic meters. Total costs of the programme are 2,3 billion euro.
(read more: First dairy farmer moves to new farm on 6m high mound in Overdiepse polder – August 11, 2012) 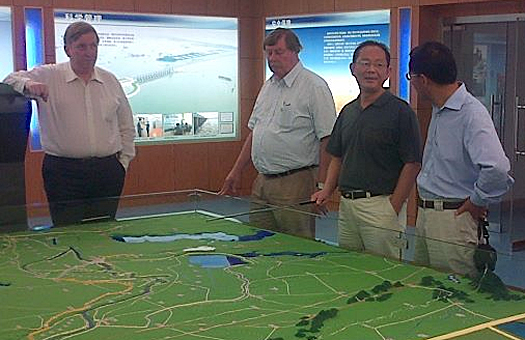 Ministry of Infrastructure and environment/Rijkswaterstaat
The Hague, the Netherlands
+31 70 351 80 80
www.rijkswaterstaat.nl