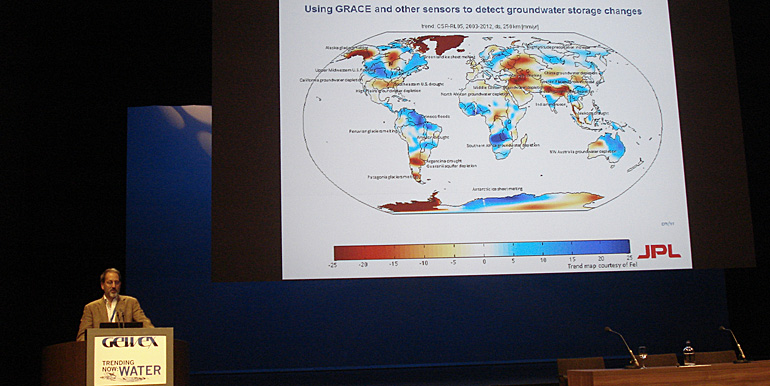 “Precipitation, precipitation and precipitation. That should be our focus”, professor Howard Wheater, Global institute for Water Security at the University of Saskatchewan, said during the closing session of the 7th GEWEX conference in the Hague, the Netherlands on 17 July.

Wheater participated in a wrap up session on the outcomes of the international scientific conference that focused on the changes in the global water cycle as a result of climate change.

Many speakers were convinced that satellite technology will soon make available even more detailed images. The conference attendances expected that more accurate data sets will enable to further fine tune earth models and to look closer into the climate in specific areas such as the Himalaya and monsoon areas. 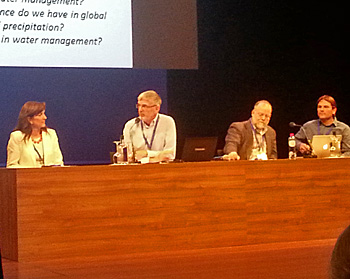 Filling data gaps
High resolution satellite data may also lead to better understanding of clouds and precipitation. According to Wheater this is a mayor issue for climate scientists that try to understand the influence of global warming on the global water cycle.

“How can we, for instance, measure real snow fall”, he rhetorical asked his audience. Many observation methods are based on the measurement of fluids and do not take snow fall into account.

“Furthermore we have limited data on rain fall within cities. This is very important data for our scientific work if we want to predict what the climate is going to do”, he said.

The scientists talked about the likelihood of significant effects on local change of temperatures and rain fall because of large scale land use, urbanisation, irrigation and the construction of large water reservoirs.

Other ways to collect data
In his reaction professor Remko Uijlenhoet, head of the Hydrology and Quantitative Water Management group of Wageningen University, pointed out the importance of the outcome of the GEWEX-conference. He too thinks it is important to fill in the data gaps for the improvement of the global water cycle models.

At the same time, he noticed that - next to satellites - new promising technologies are in development to obtain more data. "My group at Wageningen University is studying the possibility of crowdsourcing of mobile sensor data by exploiting smartphones. We have developed a model to collect battery temperatures of smartphones as an indication for the air temperature in cities. So far the results have shown an enormous potential." 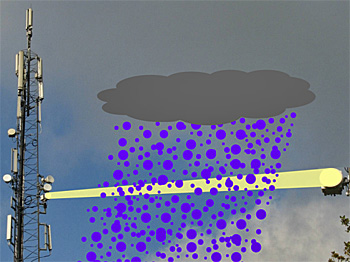 New monitoring technology
Uijlenhoet continued to mention the development of a new technology to map rainfall. "Worldwide data is collected from almost 60.000 rain gauges. This data is used to validate the global water cycle models. However, in certain areas the density of these gauges is rapidly declining. Therefore we are working on the development of a technology to measure rainfall between transmitters and receivers in communication networks."

The 7th International Scientific Conference on the Global Water and Energy Cycle took place from 14 to 17 July and celebrated 25 years of Global Energy and Water Exchanges Project (GEWEX) research and set the stage for the next phase of research addressing.

The conference was hosted by Wageningen University.