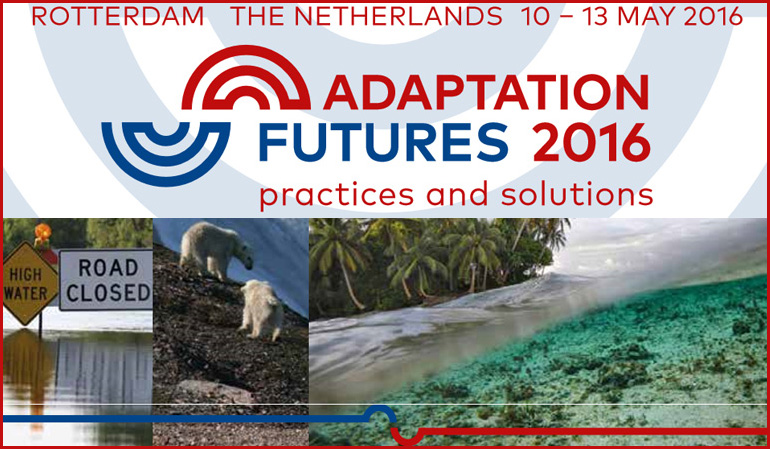 "The Paris climate agreement put an end to the climate debate. There is no doubt anymore that climate change will occur and adaptation is inevitable", says Dutch special water envoy Henk Ovink, endorsing the international Adaptation Futures 2016 conference that will take place in Rotterdam, the Netherlands, in May this year. 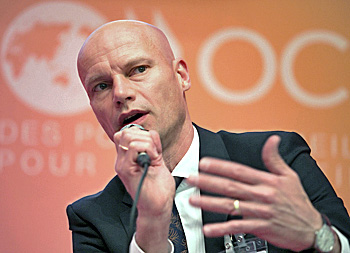 Special water envoy Henk Ovink warns that climate adaptation will be there forever.

Road from Paris
"Climate adaptation is not about fixing a problem. It is about accepting that it will be there forever and we shall have to learn to live with it", Ovink continues. "This is the progress we have to make following the Paris agreement".

There is great uncertainty over the impact of climate change and the issues are complex, Ovink acknowledges. "We have to face this and embrace the complexity. I hope the conference in Rotterdam will contribute to this and inspire experts to find systematic approaches to cope with droughts and floods, and to stop water pollution."

According to Ovink there is no blueprint. "The effects of climate change are already pulling up in cities. Here in the Netherlands, we have the additional complexity of the low lying densely populated river delta area."

Ovink is a member of the conference advisory committee and will participate in some of the sessions. 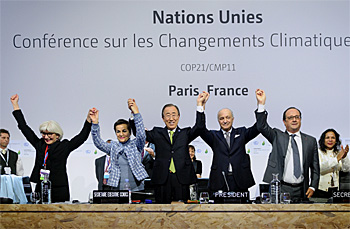 Celebration of the final agreement at the climate summit COP21 in Paris in December 2015.

Loss and damage principle
Also participating in the programme will be professor Jeroen Aerts who is the head of the department Water and Climate Risk at the Global Change Institute of the University of Amsterdam.

Aerts supervises a research group, with 4 academic staff, 15 PhD students and 3 post-docs addressing various aspects of water and climate risk management. For many years he studied the risk specific for coastal cities.

"By adopting the loss and damage principle, the Paris agreement solved the liability issue", mentions Aerts. This principle makes it possible for rich countries to fund climate adaptation projects in countries effected by climate change, without establishing a liability for the losses and damage.

According to Aerts this is a major step forward to operationalize the global climate adaptation fund of at least 100 billion US dollar per year from 2020 onward. "It allows rich countries to financial compensate for the effects, without taking the legal responsibility." 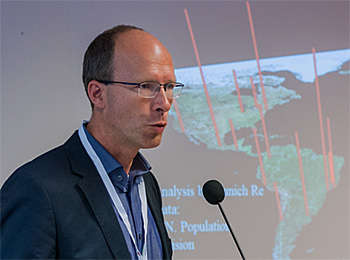 Making the adaptation plans happen
The Paris agreement is due to enter into force in 2020, only after 55 countries representing at least 55 percent of global emissions.

Aerts noticed that the political agreement has send a clear signal to investors and refers to the sudden popularity of electrical cars. He hopes the same will happen with adaptation.

"Much work has been done to identify the climate risks and many adaptation plans have already been developed. However the plans lack finance and supporting regulation" says Aerts.

"The Paris agreement may give an important financial boost. This leaves the regulation that is needed for the design of sustainable buildings and spatial planning."

Aerts suggest not to wait any longer and start implementation of the adaptation plans, using the latest climate scenarios and the many adaptation tools that have been developed. 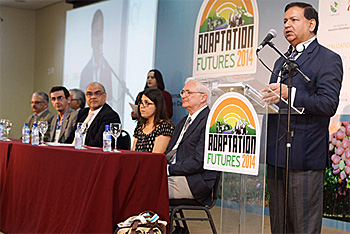 The previous Adaptation Futures conference was in Fortaleza, Brazil in 2014.

Novelties of the programme
The Adaptation Futures 2016 conference is hosted by the Global programme of research on climate change vulnerability, impacts and adaptation (Provia) which aims to move climate change adaptation forward by promoting solutions across sectors, borders and communities.

It will be Provia's fourth international conference. This year's novelties include the Tool Shed, a special pavilion at the Adaptation Expo that will host short presentations on novel adaptation tools.

Another novelty is the special stage to pitch new adaptation products in the Business Pitch session.

A special early bird rate is available until 15 March.

Download the preliminary programme (as a pdf file, 7.8 MB).