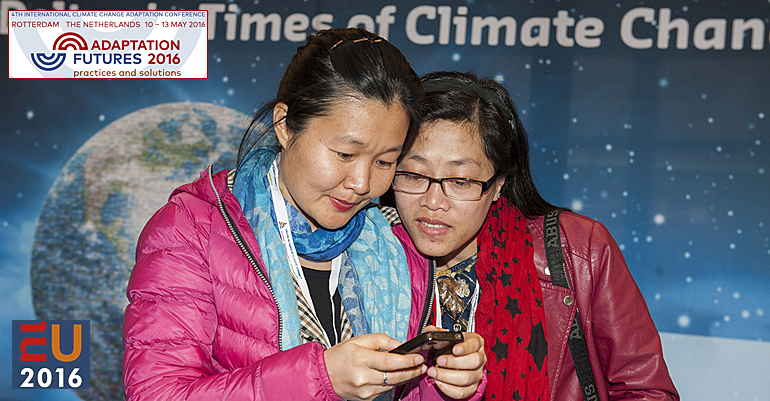 Two weeks ago 175 government representatives signed the Paris climate agreement at a record setting ceremony at the UN headquarters in New York. Never before in the history of the United Nations so many member nations, now at 193, agreed on a new treaty on the first formal day of the ratification process.

The world seems determined to decarbonize its economy and to take responsibility for the effects of climate change.

It is in this setting that 1,500 scholars, practitioners, policymakers and business people from 107 countries will gather at the Adaptation Futures 2016 conference in Rotterdam, the Netherlands from 10 - 13 May.

The conference is expected to provide new input to the global climate adaptation community in the post-Paris era.

Adaptation Futures 2016 is the 4th biennial conference of the Global programme of research on climate change vulnerability, impacts and adaptation (PROVIA). This year it is co-hosted by the European Union and the Dutch government. 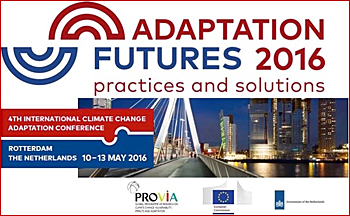 Right time
A big breakthrough of the Paris climate agreement is the recognition of the need to adapt to climate change, whether or not humanly induced.

Floods, droughts, heat waves, loss of biodiversity and resources are all effects of climate change that are now recognized constrains for economic growth.

Politically the time is right to adverse these risks, and start implementating processes and solutions that lead to more resiliency.

However, this is not a matter for governments and local authorities alone to develop climate adaptation strategies and programmes. It also requires the involvement of communities, business and financers. 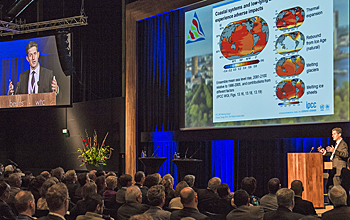 Climate smart solutions
This makes global conferences, such as the Adaptation Futures, so important. A place for actors to meet and bridge their different perspectives and jointly explore processes that lead to climate smart solutions, such as restoration of peat lands for fresh water supply that act as carbon sinks at the same time.

Or smart engineered small river dams that not only deliver hydropower but also create reservoirs to act as a fresh water retention basins for irrigation.

Or green/blue urban corridors that enhance the livability in large cities. Or even a Sub-Saharan green belt. It is all on the conference programme. 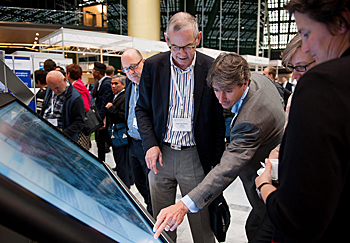 Wednesday 11 May
● Business day with round table and several sessions on business cases in the food-energy-water nexus
● Presentation by Dutch Queen Maxima on access to financial services after a natural disaster. 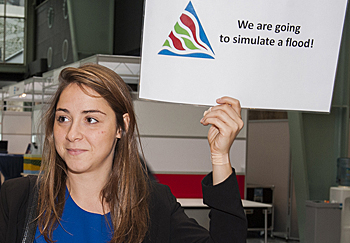 Friday 13 May
● Field trips to 13 places in the Netherlands related to climate adaptation, including the biggest Dutch multifunctional water storage, to a demo facility for temporary flood defences, to implemented projects of the Rotterdam climate adaptation strategy, to several projects realized as part of the Room for the River programme, to a subsoil fresh water buffering project to counter salt water intrusion, and, of course, a trip to the world famous Dutch large flood barriers.

The exhibition includes a wide variety of exhibitors, next to a:
● Tool Shed where adaptation tools will be demonstrated
● Project Expo that will display innovative and inspiring adaptation projects from a diverging range of countries.
● Poster presentation area with abstracts showing the state-of-art of scientific research.

Stay tuned
Stay tuned! This website will keep you posted on the conference.

(all photos are from the conference 'Deltas in time of climate change' that took place in the same venue - WTC Rotterdam building - in September 2014/by Maartje Strijbis / Floor Fortunati).