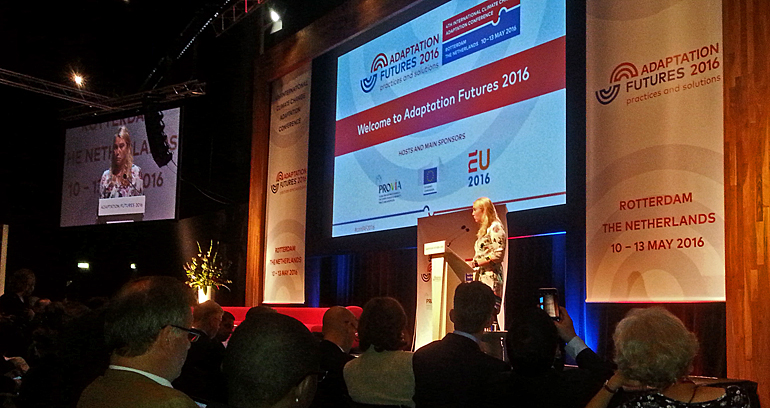 Dutch minister Melanie Schultz van Haegen of Infrastructure and the environment officially kicked off the international Delta Coalition at the Adaptation Futures conference in Rotterdam, the Netherlands, on 10 May.

The Adaptation Futures conference is the first major international meeting since the Paris Climate Agreement in December last year and with 1,700 participants from 107 countries the largest ever organised around this topic.

As EU President, the Netherlands is hosting the conference on 10, 11 and 12 May.

Raising awareness for specific issues
Urban deltas are at the forefront in the battle against climate change. It is here that the impact of water pollution, floods, salinisation, and limited availability of freshwater and sanitation is particularly high, while the urban deltas also generate money, have the most fertile soil, and accommodate increasingly more people. 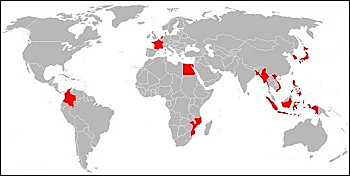 Sharing experiences
Minister Schultz is pleased that the Delta Coalition is now a reality. “In a short period of time, we have aligned 12 nations from 4 continents. This is a historical achievement. For the first time, we have a coalition at the country level, in which delta countries exchange know-how, experience, and ideas, directly leading to international agreements and national implementation. All these countries are aware of the huge risks involved in living in a delta, and determined to put this topic at the top of the agenda across the globe.”

Three goals
The Delta Coalition is focused on three goals. The first is goal is to garner wide international support and gain access to investments by multilateral (climate adaptation) funds.

The second goal is to share know-how, experience, and best practices, protection is raised to a higher level in all the countries concerned.

Waterminister Anisul Islam Mahmud of Bangladesh at the first ministrial meeting of the Delta Coalition.

Tackling flood issues collectively
Informally the Delta coalition started last year and a fine example of an achievement is the ongoing collaboration between Indonesia, Korea and the Netherlands to tackle flood issues in Jakarta. In addition, countries will be working together in the existing (as yet Dutch) Disaster Risk Reduction Teams.

The coalition was set up in a short space of time. The subject of such a joint effort, involving collaboration among low-lying countries, was first brought up just a year ago, during the UN World Conference on Disaster Risk Reduction in Sendai, Japan.

Minister Schultz hopes that more nations will join the current 12. “The larger the delta community, the more thinking power, energy, and willpower we command in order to make our urban deltas safe, sustainable and powerful. The Delta Coalition can thus grow into a hotspot in which know-how, experience and ideas all come together to future-proof urban deltas across the globe."

Clear focus on climate adaptation
"Some people believe that climate change will wiped away one third of our country", said Anisul Islam Mahmud, minister of water resources of Bangladesh in Rotterdam. "This I do not belief, because it is a matter of adaptation. However it is true that our country is extremely vulnerable and by having this Delta coalition I think we will be able to have a better focus on this issue."

Egypt too considers itself vulnerable. "It has been estimated that some 4 to 8 million people in Egypt will resettle as a result of climate change", said Mohamed Abdel Aty, minister of irrigation and water resources of Egypt . "Another challenge is that Egypt has lost about 320,000 hectare of land to ubranisation. The Netherlands has learned to deal with these issues and it is vital for us to learn from their experiences."

Aty warns not to overestimating the outcome of this coalition. "But it is a start to raise our voice and convey our message to the world", he said.

Logical economic investment
In her opening address of the conference, minister Schultz emphasised the importance of climate adaptation. “We will need to adapt to a changing world, even if we manage to minimise CO2 emissions. Not only do we need to respond to changes, we must be able to anticipate the future and act accordingly.”

Schultz had a clear message to the participants of the conference. “We must prevent disasters. This will not only save lives, it is also a logical economic investment. Every euro we spend on prevention will yield a return of 7 euros.”

This news item was originally published on the website of the Dutch ministry of infrastructure and the environment.

Download the final Ministerial Declaration of the Delta Coalition (as pdf-file). 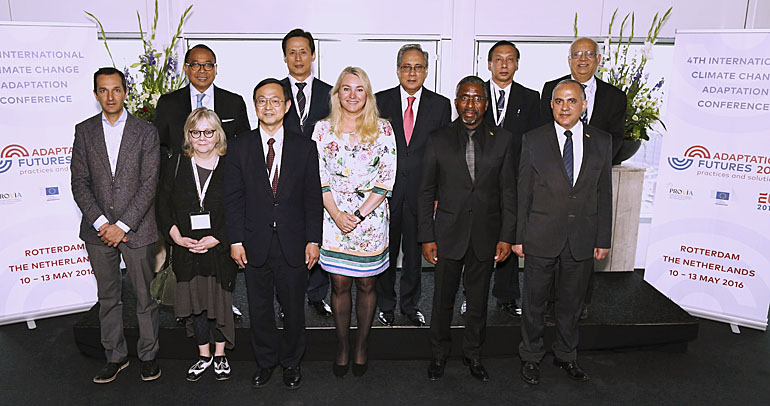