AGU Fall Meeting 2014: Session takes up on agricultural reform as world runs out of water 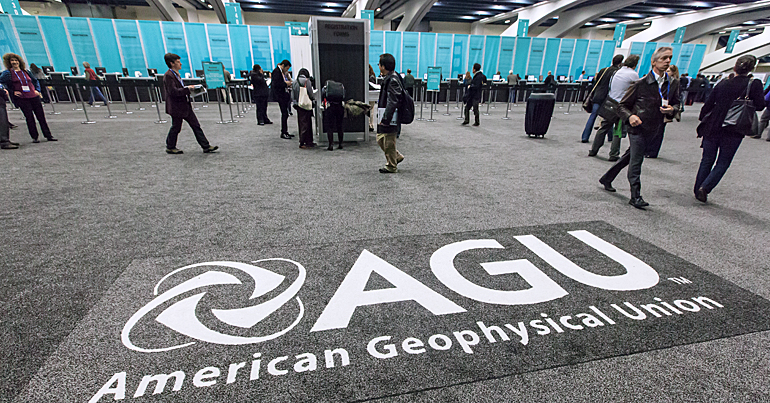 The American department of agriculture (USDA) and the Dutch research institute Deltares will organise a session on more productive and sustainable food production at the 2014 edition of the AGU Fall Meeting in San Francisco, USA.

The session is called 'The Agricultural impact on water resources' and will take place on 15 and 16 December.

The annual Fall Meeting of the American Geophysical Union (AGU) is the world's largest conference in the field of earth sciences and is attended annually by more than 27,000 scientists, policymakers, teachers and students. 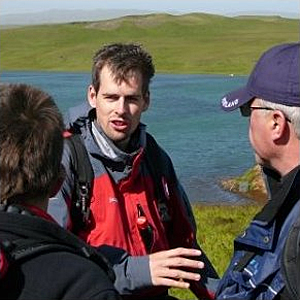 Unsustainable agriculture
Hydrologist and water quality expert Joachim Rozemeijer at Deltares will chair one of the two sessions: "Current agricultural methods cannot be sustained indefinitely.Clean water is running out and the eutrophication of nature areas and coastal waters is becoming unmanageable. Many solutions are available, but they are not being deployed on a large enough scale."

According to Rozemeijer Europe made a good step in the right direction in the 1990s by introducing restrictions to manure and fertiliser application.

Rapidly worsening
"However, in other parts of the world, such as the USA, South America, China and Southeast Asia, the problems are rapidly getting worse and regulation is required there, too", Rozemeijer says.

New research methods on rainfall, volumes of surface waters, river discharges and groundwater depletion provide an increasingly clear picture of the impact of current agricultural practice. Satellite imaging and models provide a pin-sharp picture of where, and how fast, water tables are falling and rivers and lakes are drying up.

This research clearly shows an excessive water consumption and water contamination in agricultural areas, the availability of clean water is falling worldwide. Rozemeijer: "Unless we intervene soon, the present problems with drought, contaminated water and algae will become slowly but surely unmanageable. So agriculture must become more sustainable." 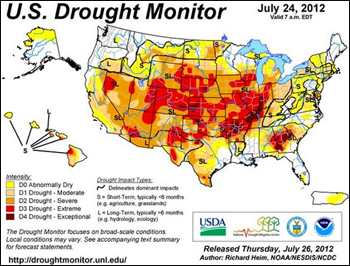 Yields down in Midwest USA
At the AGU meeting the latest research results will be presented, including a study of the Midwest of the United States, where yields have been declining since the early 1990s because of falling water tables.

In Toledo (Ohio) this summer, inhabitants could not drink tap water for one week because it was severely polluted by algae, which had flourished as nutrients (from fertiliser) entered the water from agricultural land.

In the Gulf of Mexico, there is a dead zone with no oxygen in the water every summer, killing fish and plants. 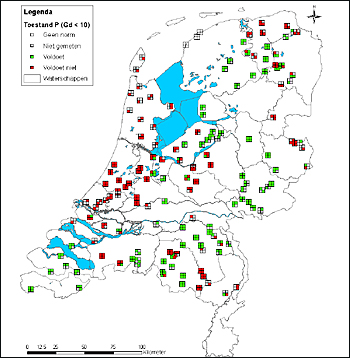 Map by Deltares of Dutch surface waters with, in red, exceeding concentrations of phosphorus in 2012.

After the extreme drought in 2003, it was seen that the average annual damage to agriculture resulting from drought amounted to 10% of agricultural returns, in other words 1.3 billion euros.

More crop per drop
Rozemeijer continues: "In order to cater to demand for food in the future, we will have to produce more with less water. We need new technology, new regulations, and new economic stimuli to produce in sustainable ways.

The American department of agriculture (USDA) is conducting a major study of the ecological impact of over-fertilisation. Satellite imaging and models have already provided a pin-sharp picture of where, and how fast, water tables are falling and rivers, lakes, and drinking water reservoirs are drying up.

Deltares can supply knowledge about monitoring methods and forecasting models, and we are working on new solutions such as a system for purification of agricultural water.

This news item is based on press releases published on the website of AGU Fall Meeting 2014 and Deltares.