AIWW 2017: Look back at a productive event highlighting opportunities and alliances 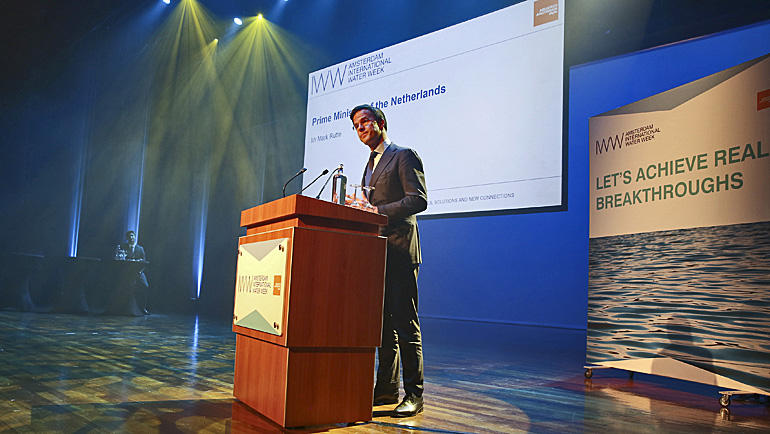 ‘Industry, science, business, government and technology need to come together and act now’, said Dutch Prime Minister Mark Rutte at the opening of the 4th edition of the Amsterdam International Water Week (AIWW).

Rutte addressed the big challenge for the global water community to meet the water demand when the world population will reach the 9 billion mark by 2050. ‘The International Water Week is a great platform to forge new alliances’, he said.

By attracting over 20,000 visitors to the Aquatech Amsterdam trade fair and over 1,100 delegates to attend the AIWW conference, the event met the Prime Minister’s expectations to the fullest extent.

A remarkable output of AIWW 2017 are the nine Amsterdam Agreements, signed by case owners, experts, suppliers and investors to solve complex water issues and bring solutions to scale. They pledged to report back on their progress at the next AIWW in 2019.

The next Amsterdam International Water Week will take place from 4 – 8 November 2019.

Below a selection of photos, giving an impression of the whole event, including the conference and trade exhibition. 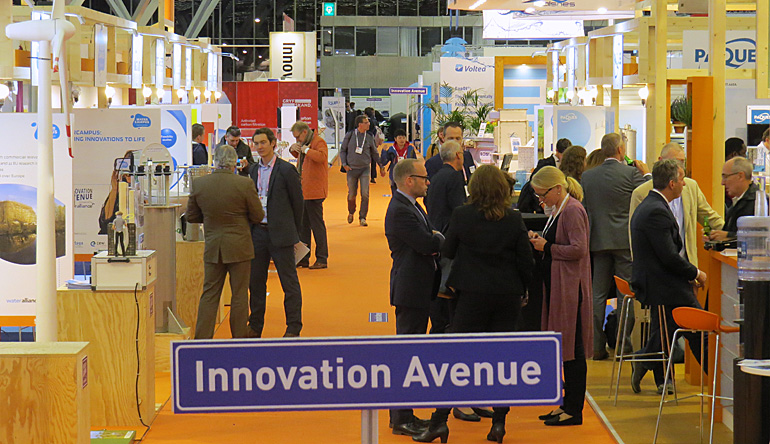 State-of-art water treatment technology had been gathered along one walkway. The Innovation Avenue was a big crowd-puller at the Aquatech Amsterdam trade fair that had a record breaking 928 exhibitors from around the world. 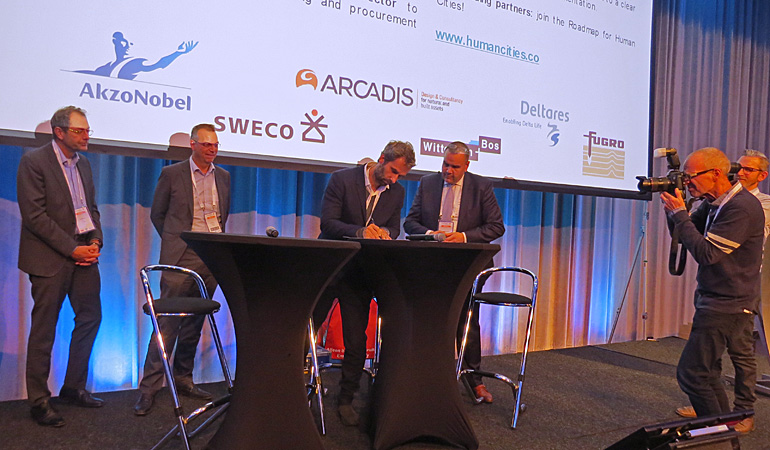 Nine Amsterdam Agreements were signed by unique coalitions that – in the spotlight of the global water community – want to achieve breakthroughs. One of the agreements was signed by the public-private Human Cities Coalition that works on the improvement of the settlements in megacities. 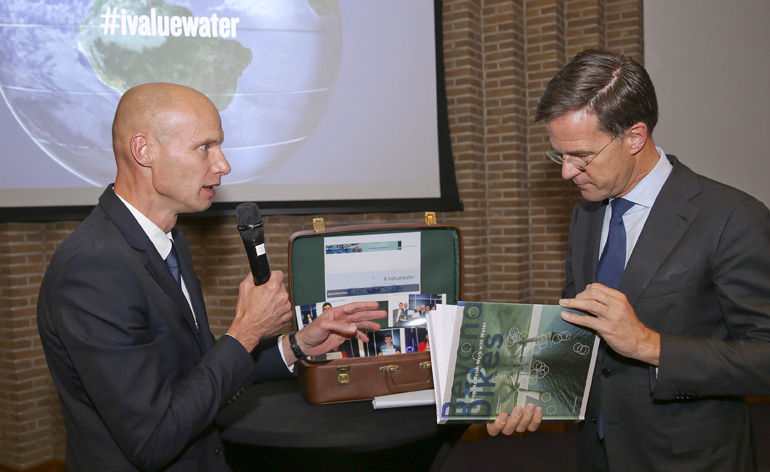 The value of water is more than just its price at the tap. Special Dutch water envoy Henk Ovink (left) travelled around the world to collect reactions on the concept of five principles that should lead to a better valuing of water, including environment, culture and local social circumstances. Ovink collected the reactions at the AIWW in a suitcase that he presented to Dutch Prime Minister Mark Rutte who is also a member of the High Level Panel on Water. In the coming months the panel is expected to adopt the principles. 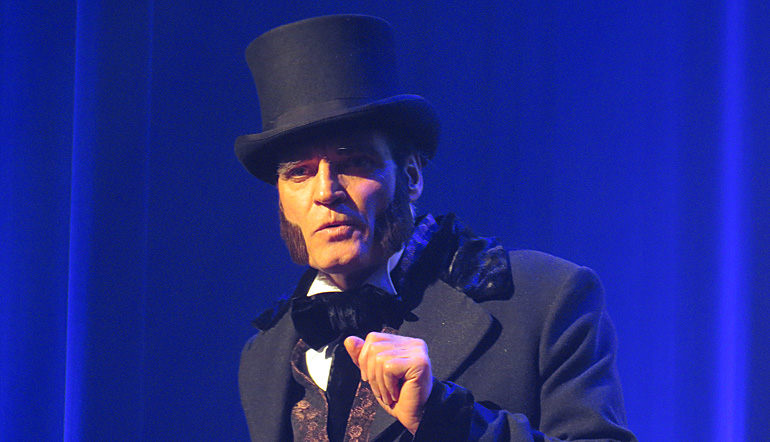 Dutch practitioner Samuel Sarphati came in from the afterlife and met the winners of the awards named after him. Sarphati collected excretes from toilets in Amsterdam some 150 years ago and brought it outside the city to use it as fertiliser to grow crops. Today award winners Sasha Kramer and Abhijit Banerji follow in his footsteps to monitize pee and poop as fertiliers to grow crops in Haiti and India.

Who's afraid of red, yellow and blue 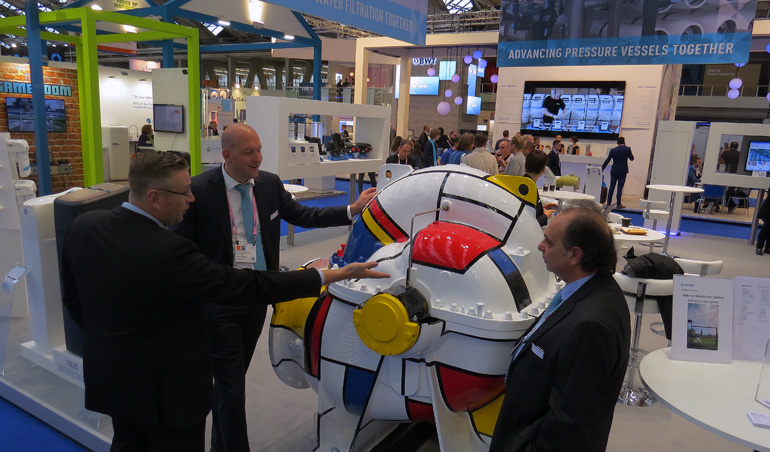 Pump supplier Pentair Fairbanks Nijhuis displayed a split case pump painted in the typical cubic style of Piet Mondriaan. The famous Dutch painter started his career in Winterswijk where Nijhuis Pompen has its production location. This year the Netherlands celebrates the centenary of De Stijl abstract art movement with Piet Mondriaan as its best known member.

Water stress as driver of conflicts 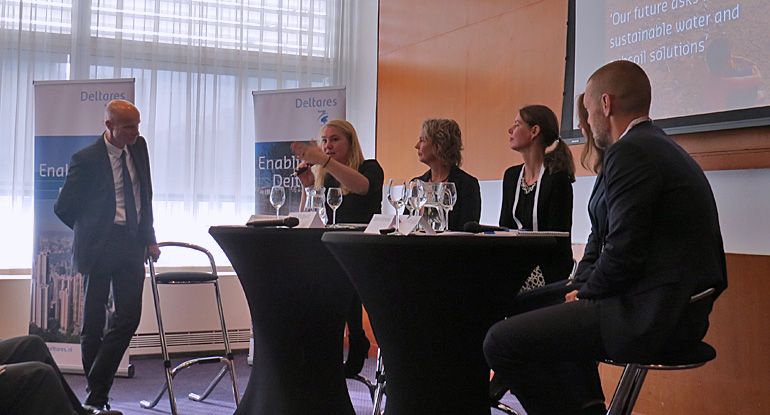 Water scarcity may not be the only driver of conflicts but it surely is a powerful one. That was the message by the expert panel at a session on the avoidance of conflicts and migration. The water community can contribute by improving the availability of water in countries or regions where there is social unrest already and harvests are failing. Former Dutch water minister Melanie Schultz van Haegen (left at the table) called for defence ministers to get involved and prevent conflicts to escalate. 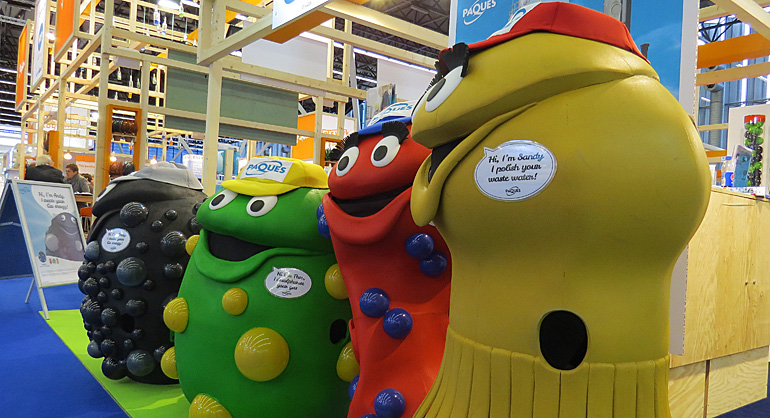 It’s all in the - Paques - family. Water technology supplier Paques introduced a new member to its ‘bug’ family that represents the company at mayor water technology exhibitions in the world. Brown coloured Sandy (right) has been added, representing Pauqes’ Astrasand sand filter. 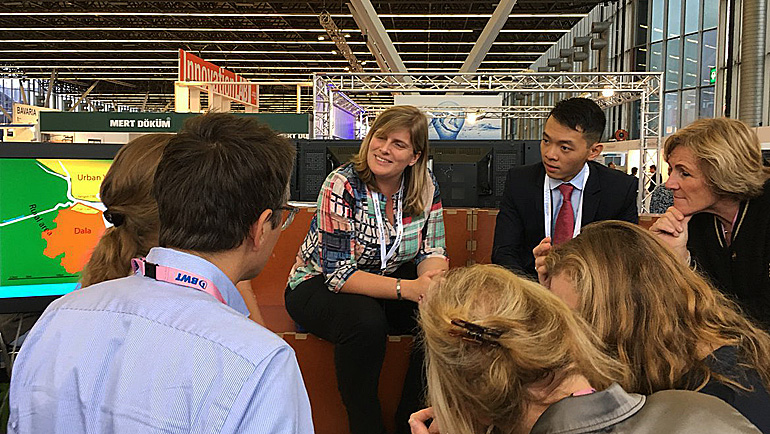 Young water professionals met ‘awesome waterholics’ from Mali, Czech, Norway, Columbia, US, Singapore, Australia, Oman, Germany, Korea, UK and the Netherlands. They had a great time discussing water issues in the ‘arena’ of their own pavilion. 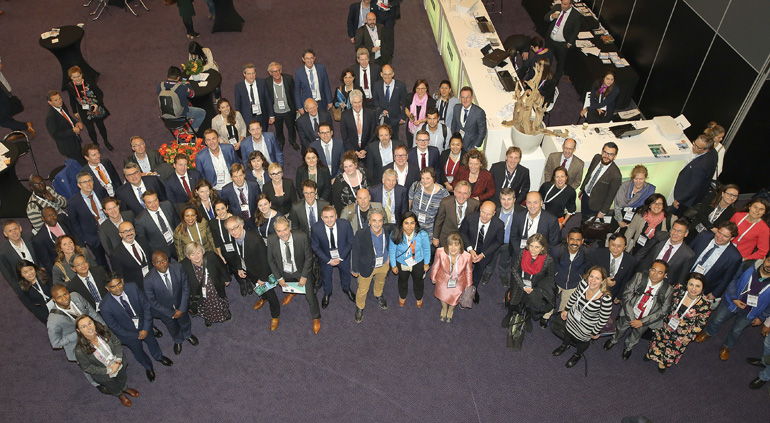 The AIWW Conference had three Leader forums, one on the industry, one on the utilities and one of cities. The Cities Leaders Forum with representatives from over 50 different cities had a group photoshoot following their round table session. Cities realise they need to forge new partnerships with stakeholders, including business and citizens, to curve the linear water supply to a more circular one. 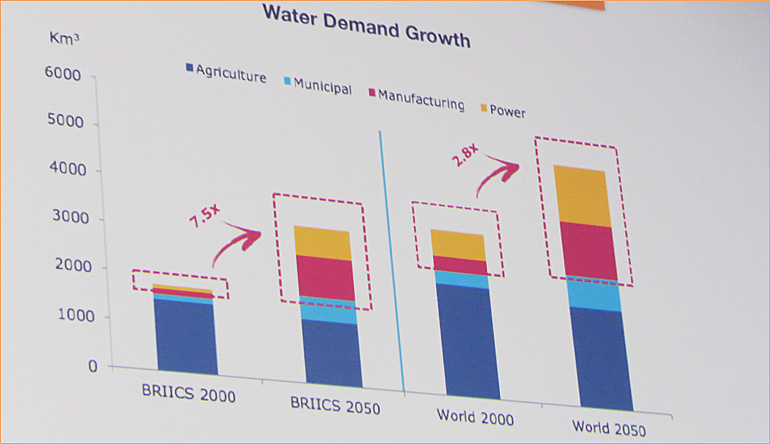 A graph that says it all. It was presented by Lydia Whyatt, director of Resonance, specialised in advising institutional investors in asset investment funds. She showed the predicted increase of the water demand by the industry and the power sector (in Bric countries and worldwide) as a result of the expected improvement of the living standards for 9 billion people by 2050.

Annette Bos, director Water at RAI Amsterdam wraps up all the highlights of the 2017-edition of Aquatech Amsterdam in an interview with chief editor Tom Freyberg of Water & Wastewater International.