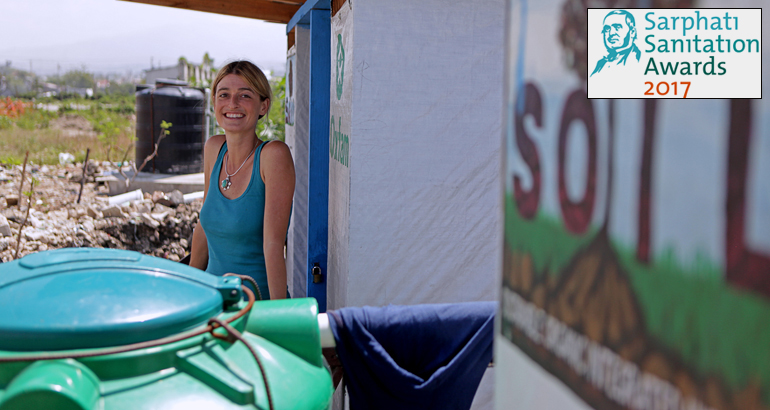 The jury of the Sarphati Sanitation Awards has decided to honor Sasha Kramer of Soil the 2017 Lifetime Achievement Award for her outstanding work to provide sustainable sanitation services in Haiti. This was announced on 5 October. The jury also released the name of the three candidates for the Award for Young Entrepreneur.

The award ceremony will take place on 30 October at the Opening Ceremony of the Amsterdam International Water Week. 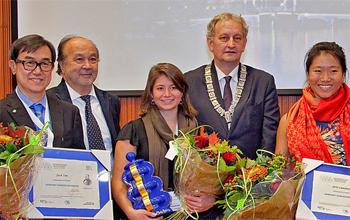 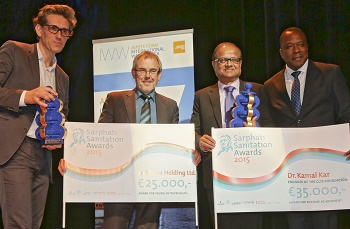 This waste is treated and transformed into rich, organic compost which supports agricultural and reforestation efforts across Haiti, all the while creating sustainable livelihoods in the sanitation sector.

SOIL's toilets are demonstrating the potential for container-based sanitation interventions to provide safe, affordable, and ecologically restorative sanitation in Haiti and beyond.

Nominated young entrepreneurs
For the Sarphati Sanitation Award for Young Entrepreneur, three promising initiatives were selected and representatives of all three initiatives will be invited to the award ceremony. The three selected nominees are:
● Catherine Kisamwa, Sidian Bank Kenya
● Ahijit Banergy, Finish Society India
● Andrew Foote, Sanivation Kenya
The winner will be announced during the Opening Ceremony of the Amsterdam International Water Week.

Please check out the programme of the Amsterdam International Water Week were you will find the Sarphati Sanitation Solutions Workshop on Tuesday 31th of October, from 11:00-12:30 hrs. 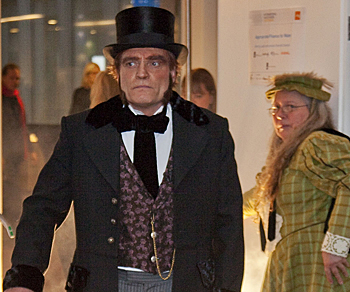 'Reappearance' of Dr. Samuel Sarphati at the AIWW 2013 on the occasion of the hand out of the first award named after him.

In 2015 it was decided to make two Prize Categories and the CLTS Foundation was awarded for Lifetime Achievement in the creation of demand for sanitation. As for the Young Entrepreneurs category, SafiSana was rewarded.

The award is named after Dr. Samuel Sarphati, a doctor who contributed to the cholera free status of the City of Amsterdam as far back as the end of the nineteenth century.

This news item was originally published on the website of Amsterdam International Water Week and Aqua for all.

More information
Aqua for all
www.aquaforall.org