AIWW Summit 2018: How to speed up climate adaptation globally? 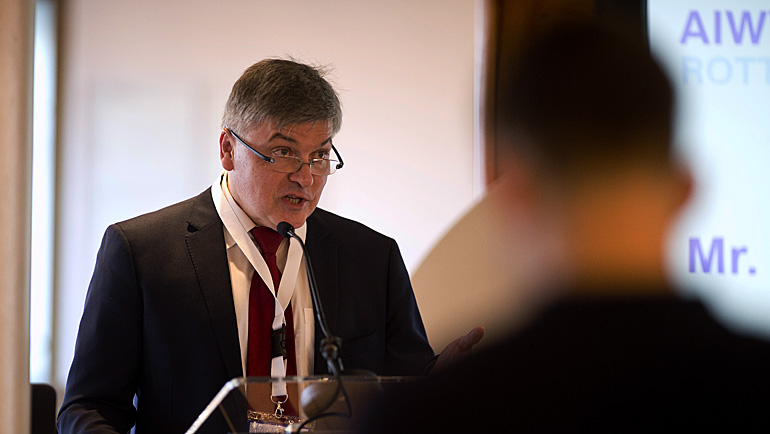 "The impact of climate change will not be alleviated by talking. Action by every country must be the only response", said Poland’s special climate envoy Thomasz Chruszczow at the AIWW Summit 2018 held in Rotterdam the Netherlands on 15 November.

Chruszczow (on top photo) made his remark on the eve of the COP24 climate meeting that will start in Katowice, Poland on 3 December. 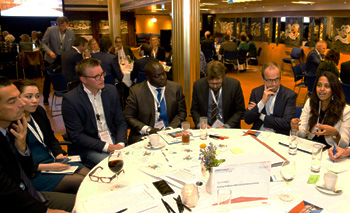 Summit participants discussed several water issues at round tables, including the scale up of financing.

More output oriented
His call for action hit the very essence of the AIWW Summit as one of the main issues discussed was how to boost action on climate adaptation globally, with water-related disasters such as floods and droughts to be tackled quickly.

The AIWW Summit was a bridging event between the former Amsterdam International Water Week Conference held in 2017 and the next one to be held in November 2019.

The organisers wanted to pick up ideas and support to make the next AIWW Conference even more practical and more output oriented.

Economic carbon storage
A way to boost climate adaptation is to combine it with climate mitigation, said Chruszczow who advocated a global policy to store more carbon in nature. "Biosystems are the best atmospheric carbon capturing and storing installations", the Polish climate envoy said at the AIWW Summit.

"This is the only sustainable, durable and economic Carbon Capture and Storage technology. This is why protection of existing bio-resources and restoration of degraded land is so important".

Chruszczow called for a balanced climate agenda that addresses both economic development, as well as protection of biodiversity, forests, wetlands and water resources. 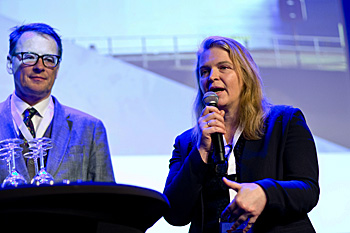 Lydia Whyatt of Resonance Asset Management suggested to tap into the financing by young and engaged people and get them mobilized as an alternative for classical project investors that avoid risks..

Financial pipelines
One of the panel discussions focused on the issue of financing the more sustainable economic development as envisioned by the UN Sustainable Development Goals.

According to the financial sector there is plenty of money sitting out there to be invested but there are not enough projects. On the other hand, initiators of projects say they had to stop due to a lack of finance.

However, this blending, especially of smaller projects, is costly Klop told. "Therefore we are now seeking ways to standarise this blending so we can reduce our project costs".

In his reflection on the panel discussion, Dutch water envoy Henk Ovink warned not to get lost in the debate on creating this financial pipeline. "It is too urgent", Ovink said. 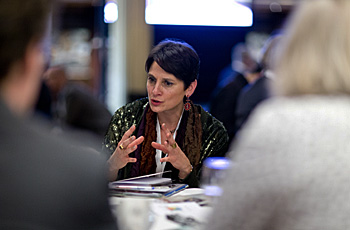 Cross cutting issues
Director for quality of life, Veronica Manfredi, of the European commission looked beyond the European elections in May next year.

"We know the global targets and we need to speed up", said Manfredi. She urged Europe to reform its governmental systems in order to be able to address the global agenda as cross-cutting issues. "I hope the next European Commission will drive the acceleration and combine issues such as water-health, water-social inclusion, water-green jobs and water-ecosystem services."

Manfredi praised the Dutch approach to involve stakeholders at an early stage, "Involving more parties lowers the risk and increases the impact". 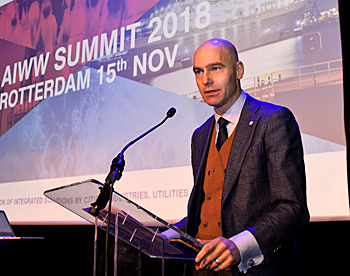 Importance of summits
CEO Patrick Verkooijen of the Global Centre on Adaptation (GCA) mentioned the role of summits to create momentum for more action.

"It is not only about the climate. It is also about finance", Verkooij said, referring to the study by the World Bank that the certain regions may face a 6 percent loss of GDP because of climate changes.

"Use these economic effects in your talks to persuade finance ministers", he advised.

Verkooijen called upon the water community of the Amsterdam International Water Week Conference to join forces with his centre on climate adaptation.

Wholesale solutions
"The climate debate should be about scale and speed. Let us look at the possibilities to scale up water projects as solutions brokers, bringing together organisations, governments, private sector and think tanks for wholesale solutions to a particular solution set", he offered.

Verkooij saw two big opportunities for next year as his centre will present its first document on speeding up global adaptation at the next United Nation’s General Assembly in September, and the AIWW that will hold its next conference on global water issues in November next year.

Read also on this website
● AIWW summit 2018: Join in on next steps in leadership on global water issues, 22 October 2018
● New GCA adaptation commission takes a stand for those already suffering from climate change, 16 October 2018
● Amsterdam International Water Week 2017: Look back at a productive event highlighting opportunities and alliances, 8 November 2017