What are you looking for?
News 5 September 2011 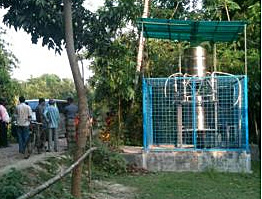 The non-profit organisation Akvo started monitoring the Sujol-project in Bangladesh this summer on its open source website. The project is in its testing phase in three Bangladesh villages with a new low energy, non-chemical, low cost filter that can remove salt and arsenic from the ground water.

Micro credit financing
Akvo helps partners to report on and monitor projects. Akvo (www.akvo.org) contains over 250 water supply and sanitation projects in developing countries. Via the website donors can pick a project they like to support. Because of the progress reports published on Akvo the donors can follow their adopted project.

The progress report on the Sujol-project in Bangladesh was recently complemented with an interview by Frederik Claasen, explaining the importance of the project, not only technical, but also because of its organization and financing. Claasen is involved as a specialist in micro credit financing.

Once the filter has proven it can produce well tasting drinking water from the contaminated wells, the filter will be locally marketed via a entrepreneur-based business model.

Market potential for 30.000 villages
In the interview Claasen explains the importance of the business model. Eventually the project aims at reaching some 30 million people. “We hope to establish up to 30,000 financially independent micro water businesses in Bangladesh in the next ten years”, according to Claasen. 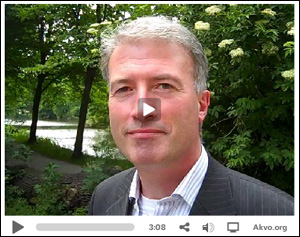 Sujol means good water in Bengali
In an earlier video interview published on the Akvo website is given by Riad Imam Mahmud of the Dhaka Ahsania Mission (DAM) while visiting the International Water House in The Hague. Riad Imam Mahmud announces the new name for the project: Sujol, meaning good water in Bengali. He explains that the new name was carefully chosen for the branding of the treated water.

The initiative to purge the water of arsenic and saltiness was launched in 2009 by the Clean Water Foundation, founded by Allerd Stikker (EMF) and Iqbal Quadir (Legatum Center for Development and Entrepreneurship).