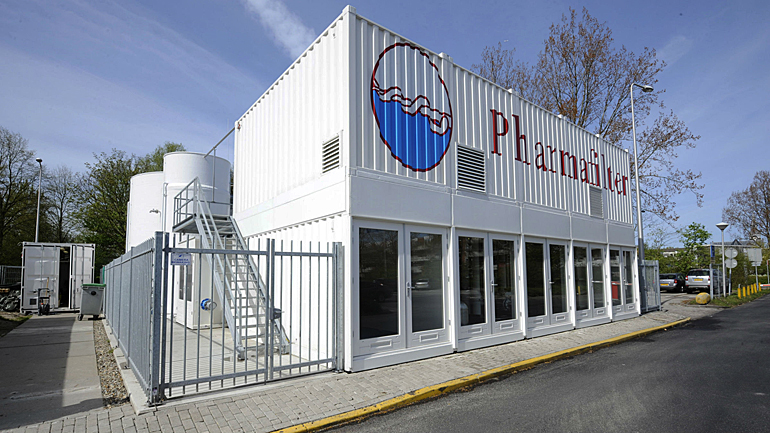 The Academic Medical Center (AMC) in Amsterdam, the Netherlands, announced the order for a Pharmafilter waste water treatment plant.

The plant enables the hospital to treat all its wastewater and certain biodegradable objects such as bed pans, on its own premises. Part of the purified water will be reused, for example for cooling or toilet flushing water.

The Pharmafilter plant will be built in 2019 and is partly financed by the local water authority AGV that is responsible for the treatment of the municipal waste water in general. AMC will be the fourth Dutch hospital to use the Pharmafilter. 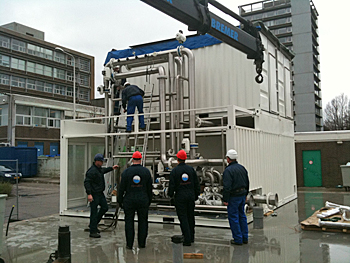 Construction of the first Pharmafilter for a hospital in Delft, the Netherlands.

Medicine residues
The amount of medical residues in municipal waste water is increasing and the treatment with aerobe biological processes cannot prevent these substances to end up in surface and ground water.

Special collaboration
Rolf Steenwinkel, director of regional water authority AGV said: 'One of the main tasks is to treat the city’s waste water and the removal of medicine residues is a major challenge. This special collaboration with the AMC is an important joint step forward to tackle this issue.'

Frida van den Maagdenberg, AMC board member: 'We are pleased with the cooperation with the water authority. In recent years, we have invested heavily in energy-saving and sustainability measures. The Pharmafilter is a next step.' 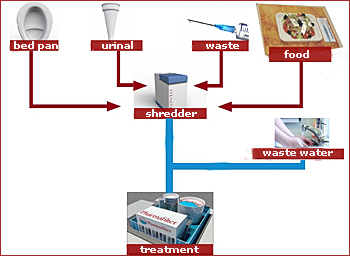 Scheme of the Pharmafilter concept that not only processes the hospital’s waste water but also the biodegradable solid waste streams.

Collection of biodegradable solide waste
The Pharmafilter will treat all hospital waste water collectively in a membrane bioreactor, removing the medicine residues as well as harmful bacteria and viruses.

Additional, the Pharmafilter also digests biodegradable solid waste. Special developed disposals, such as Olla bed pans and Botta urinals, have been developed to be disposed off immediately after use in a special Tonto shredder in the foster rooms near the patients.

The shredded slurry waste, together with food remains and kitchen waste, is collected together with the waste water and processed in a digester for conversion into biogas.

This concept reduces the total amount of hospital waste and subsequently the waste bill. Additionally, it provides time saving for the nursing staff because they have to perform fewer handlings.

This news item was originally published on the website of regional water authority AGV (in Dutch only).