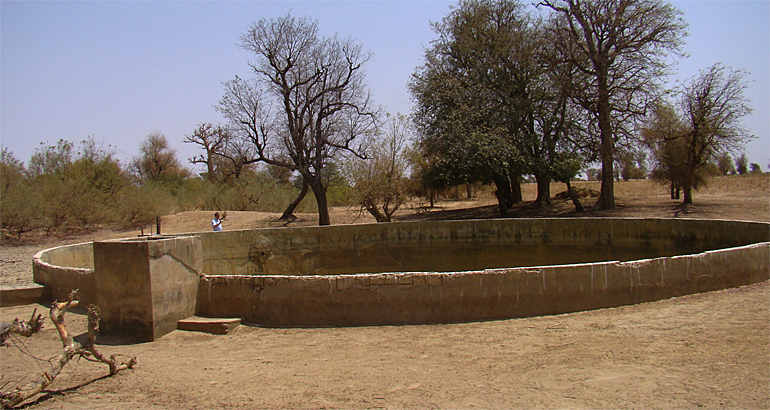 Aqua-aero watersystems announced the extension of the rainwater harvesting capacity in the village of Walalane, Senegal.

The existing RainCAP foil sheet tanks for the catchment and storage of rainwater will be extended for the collection and purification of an additional 100,000 liter rainwater.

Users fee for operational costs
Four years ago Aqua-aero watersystems (AAWS) installed its first RainCAP tanks in Walalane, located in the Sahel. By then two tanks were installed, able to collect up to 65.000 liter of rainwater per year.

With the villagers it was upfront agreed that they would pay a user fee of 5 CFA per liter (0,008 Euro/liter) to make good for operational expenses and to pay the salary of the water manager.

Starting June 2012 people have been paying as agreed for the production of water and as a result the system could be secured and properly maintained. 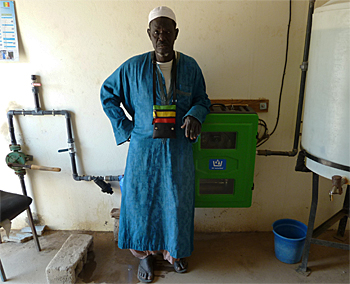 The operator collects a small fee for the operational costs.

The rumor spread rapidly and demand for the produced water in the Walalane water increased likewise such that the village had to put the water sales for outsiders on rations so that its own people remained in the position to buy enough water for themselves.

Saving money for expansion
Part of the money that was earned with water sales, was put aside by the villagers to extent the RainCAP tank capacity.

With the support help of the Austrian Development Organization and the locally active NGO Caritas Kaolack it recently became possible to extend the project substantially and add an additionally 100.000 liters of rainwater to be collected and purified for human consumption. 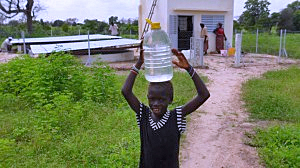 Upgrade of concrete tank
Aqua-aero watersystems will also improve a dilapidated concrete tank (on top photo) using a variety of foil sheet materials. Once the tank is repaired it can store up to 1.500.000 liters of rainwater collected from the ground surface.

The big tank will be installed with a floating roof to prevent the water from evaporating rapidly.

The collected water will be used to boost the agricultural farming activities in and around Walalane.

This news item was originally published on the website of Aqua-aero watersystems .

Director Martijn Nitzsche of AAWS explains the rainwater harvesting facility in Walalane during his visit early 2014.