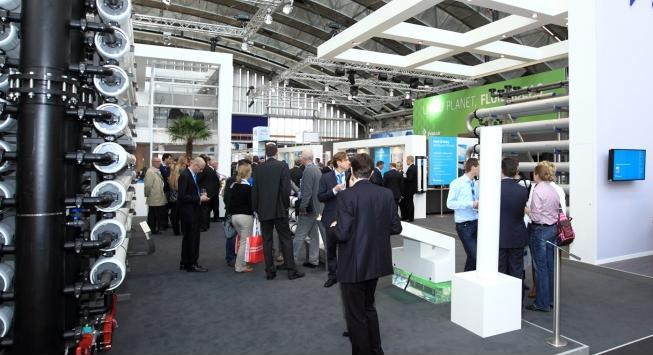 Ten exhibiting companies at the trade exhibition Aquatech Amsterdam 2013 made it to the final round of the Aquatech Innovation Award.

The final overall winner will be announced at the opening ceremony of the trade exhibition on 4 November.

Aquatech Amsterdam is the world's leading trade exhibition in the field of process, drinking and wastewater. It attracts visitors from all over the world, with the previous edition in 2011 welcoming 21,500 visitors from some 130 countries.

Aquatech Amsterdam is also the only event in the world to focus entirely on water technology so it is appropriate that its Innovation Award - which honours the most pioneering product, service or solution - has become an industry benchmark for excellence. 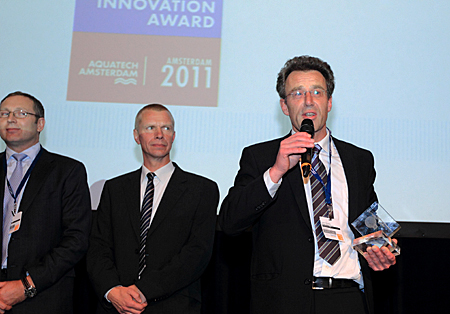 Previous winner: fish-friendly pump
The day after the winner of the previous Aquatech innovation award was announced questions were asked in the Dutch parliament as to why the fish-friendly pump by Pentair Nijhuis was not being more widely used in the Netherlands.

Around sixty entries have been assessed for the 2013 award by an independent jury of international specialists. "Although entries are restricted to companies who are participating in Aquatech, the sheer number of technologies demonstrated at the exhibition means that being chosen as the winner of this award is a very important distinction", says jury chairman Cees Buisman, scientific director of Wetsus centre for water technlogy.

"Today it attracts people in ever-increasing numbers," Buisman continues, "and there has been growth in all aspects of the industry from salination and water treatment to water reuse and resource recovery. This is a very dynamic sector that is very much at the centre of economic, political and social interest at this point in time. And the nominees for the Aquatech Innovation Award reflect this fact."

This year's nominees are as follows:

Category Water treatment
- Colour removal package from X-Flow/Pentair: developed to retain NOM, often expressed as DOC, UV adsorption or colour, and to do so without the use of coagulation.
- HumVi Liquid from Vitens: filters and processes fulvic/humic acid from drinking water for reuse as fertilizer in the agricultural sector.
- TrojanUV solo lamp from Trojan Technologies: combines the best features of low pressure and medium pressure lamps to enable high electrical efficiency and reduced lamp count.

Category Innovation - not to market yet
- Early biofouling detection biosensor from Mekorot National Water: automated device for the early detection of biofouling potential of RO membranes.

This news item was originally published on the website Aquatech Amsterdam 2013.