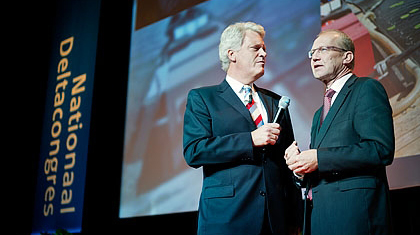 Unique approach
“Our approach to the new Delta Plan, which provides solutions for flooding and dry spells both now and in the future, is unique. In addition, our new Delta Plan, the Delta Programme, offers opportunities for the Water Top Sector. The water sector is incredibly important for the innovative strength of the Dutch economy. It is an export product pur sang”, said Delta Commissioner Wim Kuijken in his opening speech.

Delta act adopted by parlement
State Secretary Joop Atsma looked back on the results achieved in the past year. He specifically mentioned the adoption of the Delta Act by the House of Representatives and the Administrative Agreement on Water Affairs that the government has reached with the provinces, municipalities, water boards and drinking water companies.

Safeguarding fresh water
The Administrative Agreement secures the funding for the second Flood Protection Programme, which aims to bring our dikes and dunes up to standard. State secretary Atsma: “In addition to water safety, safeguarding our freshwater supply must also remain high on our agenda. The dry spell earlier this year illustrates that we cannot take a sufficient supply of freshwater for granted. Water safety and freshwater security are our themes for the future.”

Large number of attendants
Delta Commissioner Wim Kuijken declared the conference a huge success: “The presence of the Prime Minister and the State Secretary, the large number of attendants, their commitment and the enthusiasm displayed in the discussions on the Delta Programme clearly demonstrate that everyone appreciates the urgency of the issues we are working on: protecting our country from flooding and securing our freshwater supply, now and in the future.” 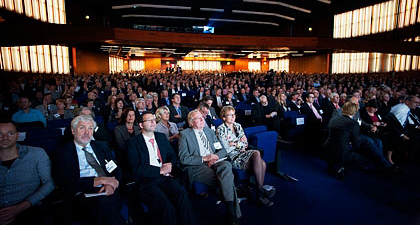 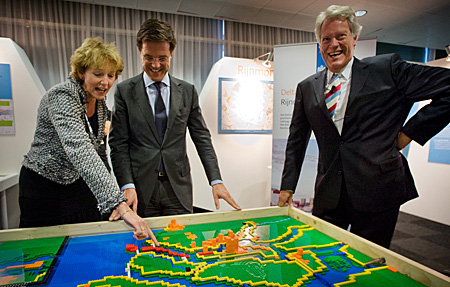