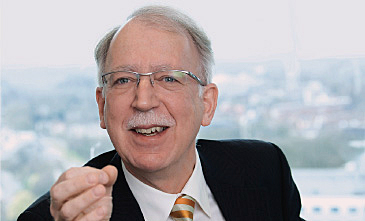 Consultancy firm Arcadis announed that Harrie Noy has decided to step down from his position as CEO and Chairman of the Executive Board in the upcoming General Meeting of Shareholders on May 16, 2012, He will by succeeded by Neil McArthur, who was named to the Executive Board last year.

Also, the current Director Europe, Stephanie Hottenhuis, who has been with ARCADIS since 1995, would be nominated for appointment to the Executive Board at the upcoming General Meeting of Shareholders.

Board member for 18 years
Noy was Executive Board member for 18 years, of which 12 years as CEO and Chairman of the Executive Board. Under his leadership the company grew strongly, mainly through further international expansion. Since 2000, gross revenues increased from 750 million to 2.3 billion euro, the number of employees from 7,500 to almost 19,000 and the market capitalization from 150 million to 1 billion euro.

Strategy for Asia and Middle East
Neil McArthur, civil and mechanical engineer, started his career at Shell, where he worked on large investment projects in Qatar and the Netherlands.

Since joining ARCADIS he has been closely involved in the merger with EC Harris, leads the integration process and is responsible for the strategy for Asia and the Middle East.

This news item is based on the press release originally published on the website of Arcadis.