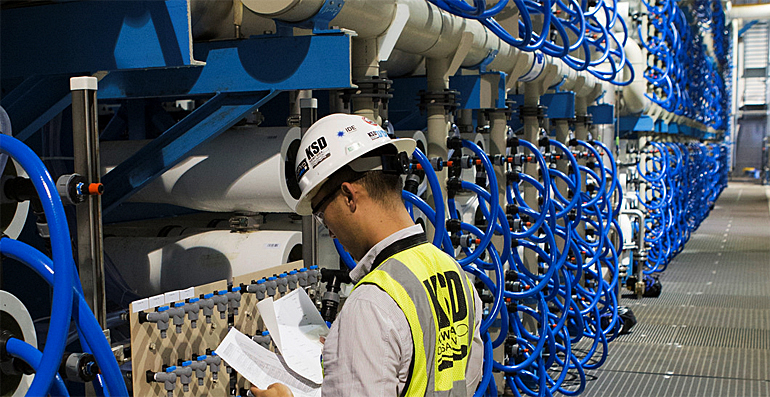 The plant will be fully operational by 2016. It will be able to deliver up to 190.000 cubic meters water per day, making it the biggest desalination plant in the US.

Private investor-owned company Poseidon Water is owner of the plant and responsible for 30 years delivery of the water to San Diego County Water Authority, helping to minimize the region’s vulnerability to the severe drought conditions.

The plant uses reverse osmosis to produce approximately 10 percent of the region’s water supply. It is a core supply regardless of weather conditions, and it is blended with water from other sources for regional distribution. 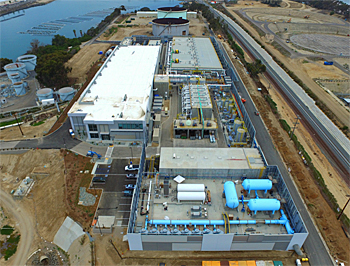 The plant includes state-of-the-art technology to reduce energy demands, and it will be the first water infrastructure project in the US to have a zero net carbon footprint.

Purchase agreement
The Carlsbad Desalination Plant is the result of a 30-year water purchase agreement between the plant's developer and owner, Poseidon Water, and the San Diego County Water Authority. 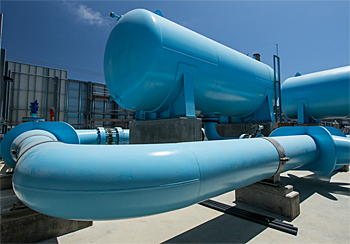 "Since the last major drought here a little over 20 years ago, the San Diego region has worked to conserve water as well as identify new water sources," said Atkins. "The Poseidon project not only provides San Diego County with a drought-proof water supply, it also demonstrates how California can meet the water needs of future generations."

"Dedication of the Carlsbad Desalination Plant marks a major milestone in California water history," said Mark Weston, chair of the Water Authority’s board of directors. "The water Authority and its member agencies have been aggressively diversifying the region’s water supply for decades, and the Carlsbad desalination plant is a major component of that effort."

Five dollar per month
It costs Poseidon Water less than 0.5 cents to produce a gallon of drinking water at the plant. Desalinated water will cost typical homeowners in the region about an additional 5 dollar per month, in line with the low end of projections when the project was launched in late 2012. The costs are already factored into the Water Authority’s 2016 rates.

This news item was originally published on the website of Carlsbad desalination plant.