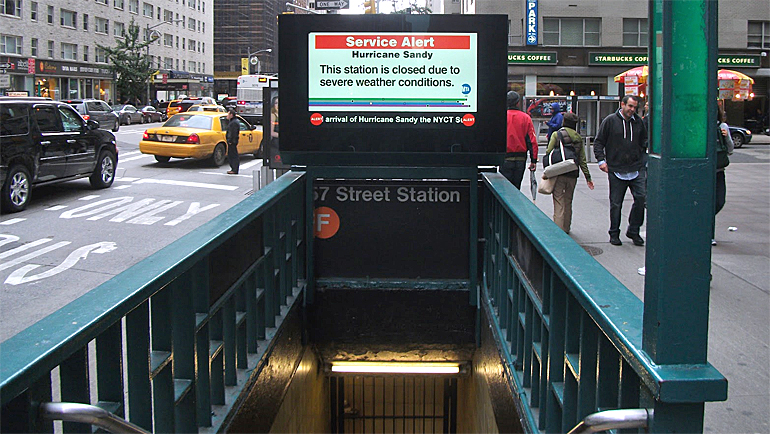 Consultancy firm Arcadis announced that it has been selected by the Metropolitan Transportation Authority's New York City Transit to restore the city's subway system to pre-Sandy conditions and protect it against future storms.

Superstorm Sandy hit New York in October 2012 with a 14-foot storm surge that flooded nine out of the 14 subway tunnels beneath rivers around the city and the subway was shut down for days (top photo). 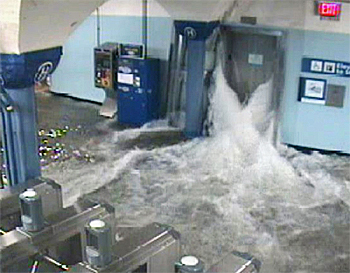 Reliable public transport
Recent severe weather has put additional strain on the nation's aging infrastructure. Investment like that of NYCT in its transit network will provide communities with reliable infrastructure for years to come.

Upon completion of the project, MTA NYCT expects that commuters, families and communities that make up the 15 million people served by the subway authority, will have a safer, more reliable subway system that meets the high standards they've come to expect, improves mobility, and enhances their quality of life.