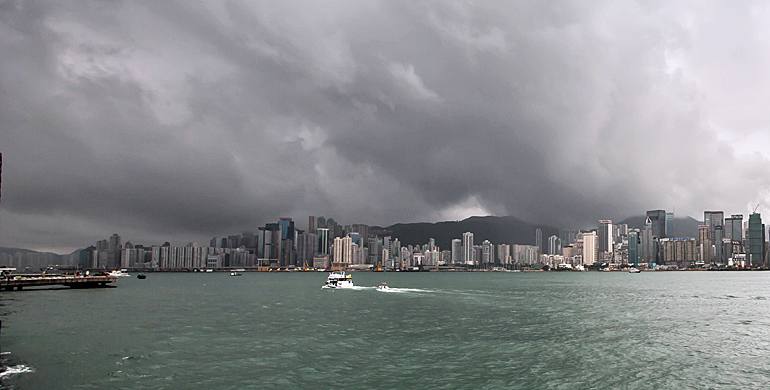 The index was conducted by the Center for Economics and Business Research (Cebr) and included 50 of the world’s leading cities.

The overall Arcadis sustainable cities index 2015 was released in April. 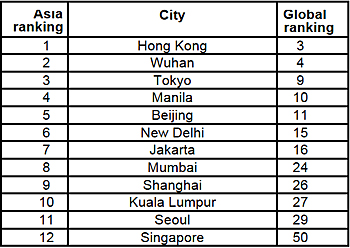 The geographical location of Hong Kong makes it vulnerable to tropical cyclones between May and November each year. Hence, the number of storms since 1900 in Hong Kong has been relatively high.

However, the highly effective weather warning system and storm protection plans such as a drainage tunnel scheme in West Kowloon and the Northern part of Hong Kong Island put in place by the government have minimised their impact in recent years. 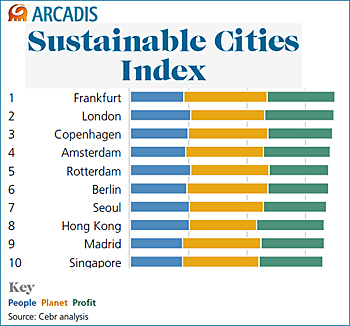 Global top 10 of most sustainable cities with Dutch cities Amsterdam and Rotterdam ranked on the fourth and fifth place.

Asian cities make up almost half (40 percent) of the global top ten cities ranked as having the highest natural disasters risk in the world. Hong Kong (3), Wuhan (4), Tokyo (9) and Manila (10) all rank in the global top ten.

The natural disasters that threaten the safety of the four cities include storms, earthquakes, floods and droughts.

Graham Kean continued: "Many Asian cities are currently considered to have a high natural disaster risk. The Sustainable Cities Index highlights areas of opportunity for governments, city leaders and organisations to develop strategies for minimising the impact of natural disasters on the city, as well as protecting its people and assets."

Although Frankfurt (1), London (2) and Copenhagen (3) rank the highest, Amsterdam (4) finds the best balance on all three indices of social (people), environmental (planet) and economic (profit).

On the global scale of natural disaster risks US cities rank high, including Los Angeles (1), San Francisco (2), Dallas (5) and Houston (6).