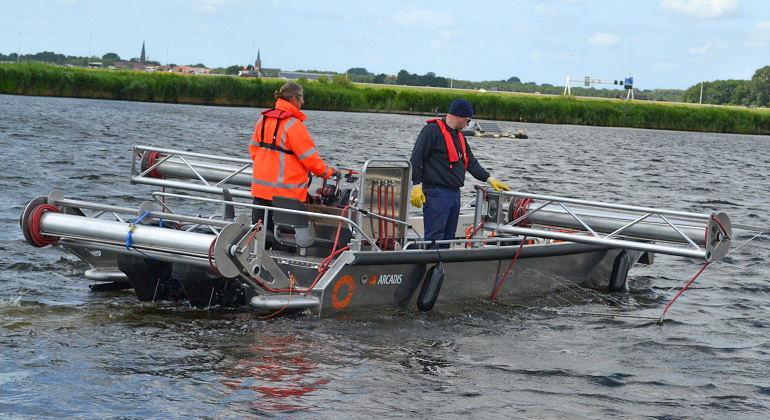 The town of Bouguenais, near Nantes, France, has asked consultancy firm Arcadis to combat blue-green algae in a recreational lake.

Arcadis and the University of Amsterdam developed a special method to control a large range of blue-green algae species by using hydrogen peroxide.

The method has successfully been used in 10 Dutch lakes. This is the first time the method will be used outside the Netherlands.

The universities of Amsterdam and Rennes will be involved in the scientific research. 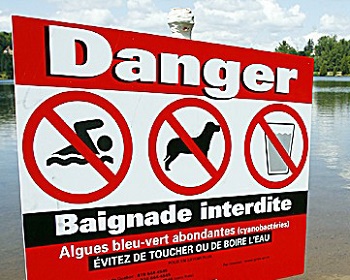 Very low concentration
Arcadis and the University of Amsterdam have been working on this method since 2009. The water in the pond or lake is treated with a very low and for humans and animals harmless concentration of hydrogen peroxide. Laboratory research has shown that cyanobacteria are much more sensitive to this substance than other (non-toxic) algae.

With a specially constructed boat the hydrogen peroxide is added to the water.

Arcadis has a special permit in the Netherlands to use hydrogen peroxide in surface water.

“This job in France is the first outside the Netherlands”, Van Raalten continued. “Here we learned our colleagues of Arcadis France and researchers of the university how to apply the method successfully.”

Leaving no trace
Blue-green algae are bacteria which are naturally found in surface water. In large quantities they can form a floating layer and produce toxic substances.

By using very low concentration of hydrogen peroxide only the blue-green algae die off, without posing a risk to the health of humans, plants or animals.

As hydrogen peroxide breaks down completely into water and oxygen within roughly one to two days, the substance will leave no trace in the environment.