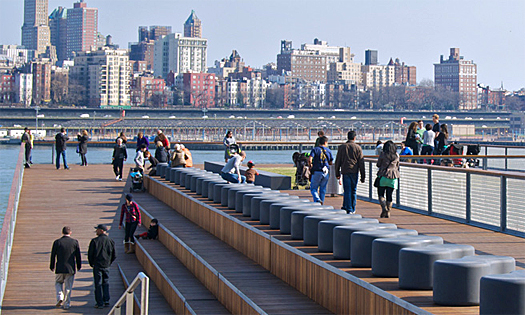 Engineering and consultancy firm Arcadis announced it has been hired by the New York Economic Development Corporation (NY EDC) to study various alternatives for flood risk reduction in Lower Manhattan and other areas vulnerable to flooding due to sea level rise and future severe weather events.

The Arcadis studies are scheduled to be complete and presented to the NY EDC over the next several months.

Variety of scenarios
Arcadis is conducting quantitative analyses of computer models simulating a variety of scenarios including theoretical storms, and high tide and sea level rise as far into the future as 2050.

The studies provide data the NY EDC can use to determine the need for flood risk reduction efforts and which conceptual coastal intervention features might provide multiple levels of defense against the possible effects of severe weather.

Variety of approaches
A variety of approaches could be considered including engineered structures like sea walls, smart levees, and storm surge barriers, and measures that work with nature like wetlands restoration, salt ponds and beach nourishment.

Additionally, methods for strengthening the city’s infrastructure and critical buildings to provide for severe weather resiliency are explored as part of the studies conducted.

Dutch and US expertise
“As major storms like Sandy occur more frequently, coastal cities like New York will face flood risk management decisions,” said Steve Blake, CEO for Arcadis US. “Multiple lines of defense, including those designed and built with nature, will need to be considered in any comprehensive protection strategy.

Blake: “Using our global Dutch and US expertise and the lessons we learned in designing the flood risk mitigation system in New Orleans, position us well to help the EDC weigh all options for managing potential flooding of the New York waterfront.”

About Arcadis
Arcadis develops, designs, implements, maintains and operates projects for companies and governments. With 21,000 employees and more than $3.2 billion in revenues, the company has an extensive international network supported by strong local market positions.

About NY EDC
The New York Economic Development Corporation is a non-profit organization that functions as a city agency, encouraging economic growth through a variety of means, including facilitating real estate development, improving infrastructure, attracting and retaining businesses, and conducting economic research and analysis.